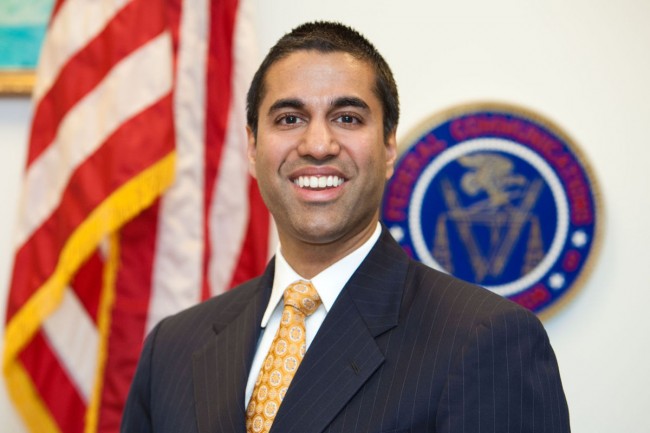 Washington, Oct 3 (IANS) The US Senate has approved the nomination of Indian American Ajit Varadaraj Pai for a second term as the Federal Communication Commission (FCC) Chairman.

Pai, whose term was to end later this year, was reappointed on Monday for a five-year term after getting a majority of 52-41, with most of the Democrats voting against him as they complained that Pai will undermine net neutrality.

Pai has served as a Commissioner at the FCC since 2012. President Donald Trump had earlier nominated him for another term as Republicans aim at further accelerating their ambitious tech agenda, the American Bazaar online reported.

The FCC is the federal authority regulating cellphone spectrum and services, radio, television, phone, internet and satellite and cable. It also has a major role in controlling the content of television and radio.

Pai was appointed by the new administration as the Chairman of FCC in the wake of Tom Wheeler demitting the office earlier this year. His tenure with the FCC as commissioner received a one-year extension in July 2016, giving him an opportunity to become the FCC Chairman.

Pai, during the beginning of his tenure as FCC Chairman, faced criticism as he said he wanted to end net neutrality, which prevents internet service providers from giving special preferences to certain web sites or accept payment from a web service to give it priority or better access.

After getting re-elected, Pai said he was “deeply grateful to the US Senate and to President (Donald) Trump”.

Democratic Senator Ron Wyden warned that Pai “will do an enormous amount of damage to one of the foundational principles of the internet — net neutrality”.

Republican Senator Shelley Moore Capito said: “He truly understands the need to bring more rural communities online and has shown a real commitment to closing the digital divide in America.”

Republican Senator Roger Wicker of Mississippi said: “He (Pai) is working to establish the light-touch regulatory framework that allowed the internet to become the marvel of the modern age.”

Pai was born on January 10, 1973, in Buffalo, New York, to Konkani immigrants from India. He attended Harvard University in 1994 and the University of Chicago in 1997.