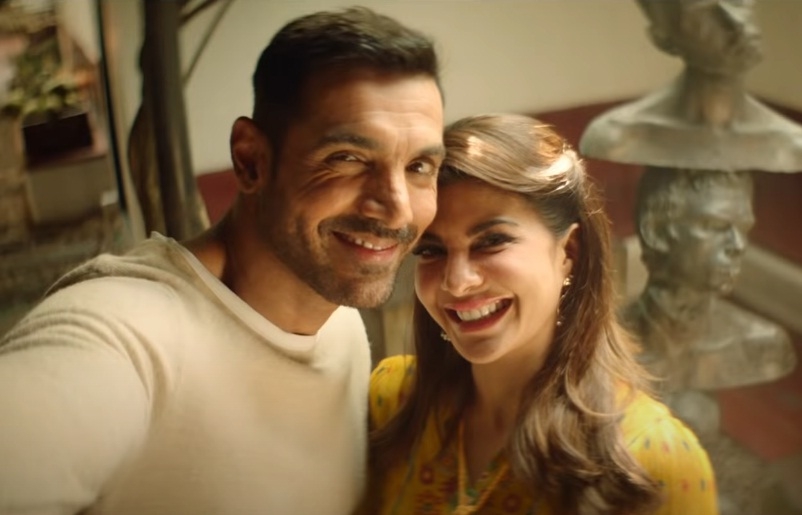 The love number, which features John and Jacqueline Fernandez, showcases an ideal love story with a romantic beginning, a passionate explosive journey, and the expectation of an immortal relationship before it snaps back into current day reality.

The song, composed by Shashwat Sachdev has been crooned effortlessly by Jubin Nautiyal with lyrics penned by Kumar. The visuals consist of high-speed shots set against bright colors.

Helmed by Lakshya Raj Anand, ‘Attack-Part 1’ is a story of a super-soldier played by John, who undergoes cybernetic modifications to ward off the evil of terrorism from Indian soil. In addition, the film also stars Rakul Preet Singh, Prakash Raj and Ratna Pathak Shah.

Presented by Jayantilal Gada of Pen Studios, John Abraham and Ajay Kapoor Productions, ‘Attack-Part 1’ a JA Entertainment Film, is set to debut in theatres on April 1 after having suffered multiple delays with regards to its release and production.