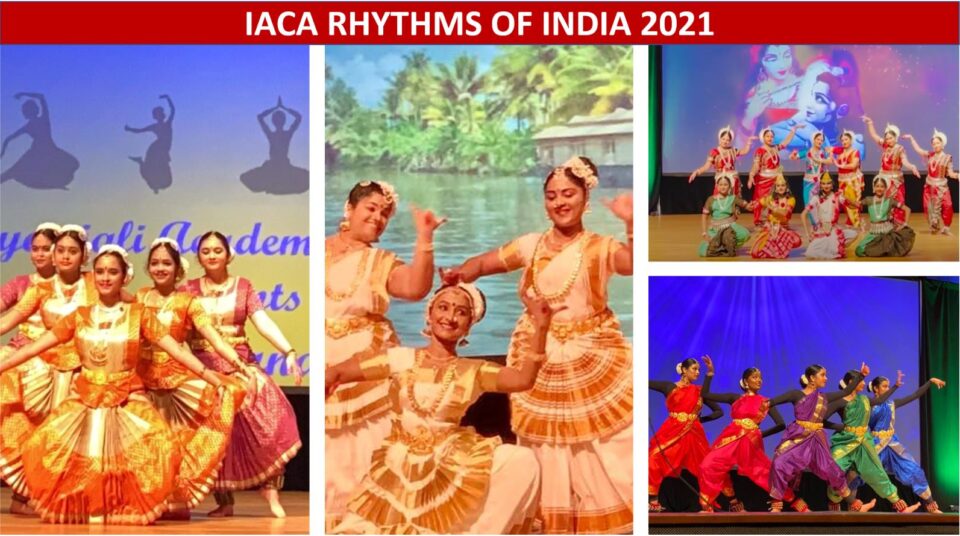 Atlanta, GA, June 18, 2021: Lassiter Concert Hall reverberated to the cadenced strides of performing artists on April 24, 2021 at the Rhythms of India (ROI) event organized by India American Cultural Organization (IACA). The in-person event that was also broadcast live on FB and Zoom garnered many accolades from the audience as well as performers.

Twelve of Atlanta’s premier dance academies put their best foot forward to present a spectacular show par excellence. The dances were orchestrated around the story of Arya and her mother who set on a journey to witness various dance forms across India. The event showcased an array of dance forms ranging from classical, to regional folk dances and Bollywood.

A fine culmination of lighting, visuals, choreography and coordination, the program was put together by a band of dedicated volunteers and program directors, Geeta Talukdar and Devyani Desai.

“I got a wonderful opportunity to work with the eminent and esteemed dance academies in Atlanta. It was a pleasure working with all the very talented Academy Directors and together we tailored a program of very high caliber. It was a lot of hard work and innumerable hours that went behind the scenes in preparation of the event. I thank IACA for this golden opportunity to showcase India’s artistic best, in celebration of Golden Anniversary of IACA ‘s existence in Atlanta,” said Talukdar.

The brainchild of IACA’s current president Chand Akkineni, the event was designed to depict rhythms in Indian dance forms and provide the audience a unique opportunity of witnessing these dance forms performed by talented artists on one stage in one night. “It is heartening to see ROI make it’s come back after the first event in 2009. The sounds of bells, the steps from the beats, Rhythms of India will take you into distant dreams,” quoted Akkineni.

“We are very happy to have all dance academies come together,” said Vir Nanda, Chairman, IACA.

Rhythm in dance permeates from three sources, viz. movement, music, and emotions. Rhythm helps the dancer organize motion by providing a structure. It sets a pulse for the dancer and supports, contrasts, and accents the movement. Rhythm can be even, uneven, simple or complex. Embracing Rhythm in all its pulsating glory, the artists performed their dance forms with gracious, vivacious movements that enraptured the hearts of one and all. Diverse dance forms came alive with Ganesh Vandana in Kuchipudi, music composition of Alphons Joseph capturing the essence of the paddy fields and back waters of Kuttanad and other breathtaking visuals that Kerala in Mohiniattyam, Om Krishnaya Namah, describing dark and extremely handsome, mysterious yet vividly full of wonderful qualities of Lord Krishna is regarded as “Solah Kala Sampoorna” and “Poorna Purushottam” in Odissi, Tarana in Raag Desh, composed and sung by Pandit Birju Maharaj in Kathak, Samajavaragamana, composition of great Saint Thyagaraja describing majestic walk of Lord Krishna like a giant elephant, engulfed in the glow of sunlight, spreading blossom like lotus to devotees and embodies the essence of Vedic scriptures in Bharatnatyam, most hyped Bollywood dance numbers in Hip Hop and Bollywood, vibrantclad women in a lively Rajasthani Folk Dance, a blend of multiple Indian classical dance forms and western forms such as contemporary in Rabindra Nritya, praise of Lord Subramanya who rides the beautiful peacock in fast paced dance of pure rhythm and movement, highlighting varying tempo and footwork patterns in Thillana, and Ghar More Pardesiya in Semi-Classical Bollywood.