Atlanta, GA, March 8, 2018: India American Cultural Association (IACA) is one of the oldest Indian-American non-profit organizations in Georgia. As an apex community organization, IACA promotes better Indo-US relations and showcases the rich socio-cultural-educational heritage o fIndia to our host country. Among the variety of events this organization has been organizing for over five decades is celebration ofIndia’sIndependenceas well as Republic day.

India’s 69th Republic day celebration were held on Sunday, January 28, 2018 at IACA. Chief Guests present were Consul D.V. Singh, Consul, Mike Boyce, Chairman, Cobb County Board of Commissioners as well as Commissioner Bob Ott from Cobb County Board of Commissioners. IACA leaders and volunteers made special arrangements to unfurl the Indian and American flags and sing the national anthems of the two countries. After this, about 250 gathered audience moved inside the IACA auditorium and were welcomed by event organizing team; Ani Agnihotri, Chaitnya Bhatt, Vishwanath Ganti, Sanjay Prakash and Pushkar Deshpande. 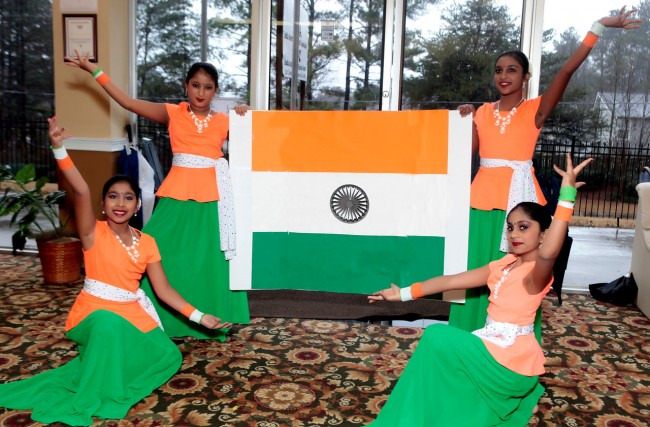 Consul D.V. Singh applauded IACA’s efforts to celebrateIndia’ Republic Day every year and gave a brief message on behalf of the Government of India.India’ Republic day falls on January 26th and is a day to remember whenIndia’s constitution came into force on January 26, 1950, completing the country’s transition to become an independent republic. To mark the importance of the Republic Day, every year a grand parade is held in India’s capital, New Delhi, from Rashtrapati Bhavan (President’s residence), along the Rajpath, past India Gate. Prior to its commencement,India’s Prime Minister lays a floral wreath at the Amar Jawan Jyoti in India Gate (a memorial to fallen soldiers)  which is followed by two minutes silence in the memory of fallen soldiers. It is a solemn reminder of the sacrifice of the martyrs who died for the country in the freedom movement and the succeeding wars for the defence of sovereignty of their country. Thereafter Prime Minister reaches the main dais at Rajpath to join other dignitaries, and the President of India arrives along with the chief guest of the occasion. This year,Indiacreated a history of sorts by inviting leaders from the 10 ASEAN nations –Thailand,Vietnam,Indonesia,Malaysia, thePhilippines,Singapore,Myanmar,Cambodia,LaosandBrunei– as the chief guests at Republic Day 2018.

Chairman of Cobb County Board of Commissioners, Hon. Boyce and Commissioner Ott lauded the efforts of Indian Americans to grow Cobb County. They said that most of the Indian American community is a role model in terms of being highly educated and professionally qualified. Cobb County has been home to a large Asian-Indian population and Cobb County is 4th highest concentrated  county with Asian-Indians. Areas heavily populated by the community also have locations of retail and service establishments serving the community. World Class baseball park;Sun Trust Park is in the Cumberland neighborhood of Cobb County and it is the home ballpark for the Atlanta Braves. Both Commissioners congratulated participants and their parents who braved the weather and were present to celebrate such an important event.

AP vs. IB vs. SAT Subject Tests: What's the Difference?