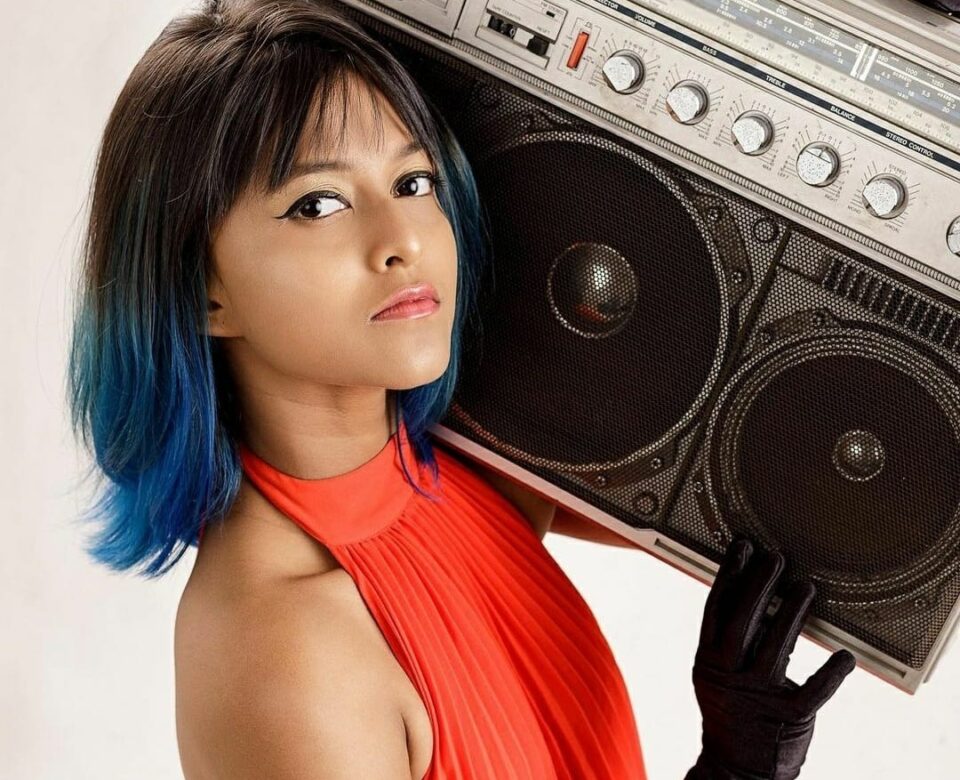 She will be seen in action at the Supermoon #NowTrending concert on Thursday in Gurugram, and then in Hyderabad on October 3.

In an exclusive conversation with IANS on the eve of her live concert, Yohani shared her excitement of touring India for the first time and the immense popularity her song gained.

“This is my first trip to India. I am really excited to see how it’s going to turn out and what the reaction is going to be like,” she said.

The young singer is basking in the glory of her success, as she is getting constant calls for singing offers in India. “There are so many opportunities and offers coming from India,” she said.

Yohani shared that she did not foresee ‘Manike Mage Hithe’ trending all over when she created the song.

“Absolutely not. I never thought it would go so far. We didn’t even think that it will go out of Sri Lanka, because that’s never happened in our country. So, it’s really a cool thing to see this happening,” she said.

Her song once again proved that music has a universal language, as people gave so much love to a foreign language song.

Yohani also decoded the meaning of the song in Sinhala, a language primarily spoken by the Sinhalese people in Sri Lanka.

“Manike is someone you call with love. Magey is mine, and Hithe is heart. It’s about calling someone with love. It’s a love song. Technically, the original song is sung by a male singer, Satheesan,” she said.

Yohani is a self-taught singer, whose tryst with music started at a young age.

“We don’t have any musicians or singers in our family. My grandfather did a little bit of music,” she said.

“My mother had put me in piano lessons when I was a kid. My parents listen to all kinds of music. When I was in school, I used to play the trumpet and the French horn,” she said, adding: “I learned to play the guitar through YouTube.”

The young singer has sung many covers and a few original songs.

“‘Manike Mage Hithe’ is my sixth original single,” she said.

Interestingly, Yohani had no plans to pursue music as a profession, as she was pursuing her degree in accounts.

“In 2019, I finished my masters in accounts. I was taking up accounting and logistics as my career. But then I completely gave up accounts and came back to Sri Lanka to start music from scratch,” she said.

“My parents were like what is going on! But now they are really amazed by the response my song has received. I am very grateful for it,” she added.

Yohani is also a big fan of Indian music.

“As Sri Lankans, we love Hindi music as well as songs in all other Indian languages. My biggest inspiration in India is A.R. Rahman. But I also get inspired by Divine, Badshah and Neha Kakkar,” she said.

Yohani shared that she received congratulatory messages from Bollywood as well. “I got messages from Abhishek Bachchan and Jackie Shroff appreciating my song,” she said.

She is excited about her first concert Supermoon #nowtrending and has an interesting mix of songs for the live audience.

“We have an interesting line-up. I have my band with me. We are excited to show you what we have got. We have tried some Hindi songs as well along with some English and Sri Lankan songs,” she said.

The singer admitted that she doesn’t know Hindi, but she is learning to sing in the language.

“I am still learning how to sing in Hindi,” she said.

Supermoon #nowtrending is a Zee live initiative to bring trending artistes closer to their fans. The tickets for the concert are available on Bookmyshow.