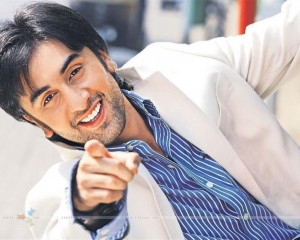 Kolkata, Oct 1 (IANS) Happy to experiment with his roles, actor Ranbir Kapoor Tuesday said he could never be in the same league as the three superstar Khans of the industry – Shah Rukh, Salman and Aamir – as they are the “true superstars”.

“I can never compete with the Khans (Shah Rukh, Salman, Aamir)…they are the true superstars,” said Ranbir who was in the city to promote his movie “Besharam” releasing Wednesday.

“Besharam”, which also features Ranbir’s actor parents Rishi and Neetu Kapoor, is directed by Abhinav Kashyap. It shows Ranbir in a new light – a “flamboyant”, “loud” and street smart character.

“It is a very ‘besharam’ role…uninhibited role. I took a risk with the role. As an actor, it is my responsibility to do every genre. I am excited, anxious and nervous,” said Ranbir, who will start shooting for Anurag Kashyap’s “Jagga Jasoos” next month.

“Jagga Jasoos” stars Katrina Kaif, rumoured to be his off-screen love interest. However, Ranbir refused to comment on his personal life.

“I am trying to protect my personal life before it becomes a reality show,” said Ranbir, who will also be seen in Anurag’s “Bombay Velvet” in 2014.