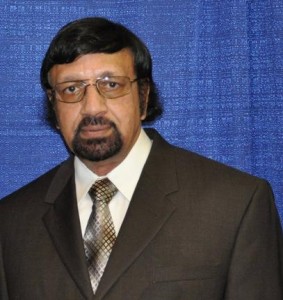 Washington, April 1 (IANS) Hyderabad-born Indian-American businessman Gopal T.K. Krishna has been elected as co-chairman of the Republican Party of Iowa state, which has traditionally held the first caucus in presidential elections.

Krishna, a successful businessman with a background in electrical engineering, replaces Danny Carroll, who has been elected as chairman, according to an announcement by the party’s state central committee in Des Moines, Iowa.

“I have been, and am a Republican for all Republicans. The first three letters of my name are G-O-P. I ran because I don’t want to wait until the primary elections to promote unity,” he said after his election.

“I want to continue to increase our party’s voter registration advantage and participation in the forthcoming elections.

“I look forward to working with Republican National Committee Chairman Reince Priebus to advance the Growth and Opportunity Project, work to reach out to minorities and bring new people into our Republican Party,” he said.

“As long as I am Co-Chairman of the Republican Party of Iowa, outreach to all minority communities will be a priority,” Krishna said.

Krishna, who immigrated to the US in 1969, has a long history of working for Republican causes and campaigns.

Krishna has been elected seven times to the Republican State Central Committee, including serving as Chair of the Budget and Organization Committees, the announcement noted.

Krishna is a graduate of the Methodist Boys’ Multipurpose Higher Secondary School in Hyderabad. He received his Bachelor of Engineering degree in Electrical Engineering from Osmania University, Hyderabad.

He is the founder and president of Krishna Engineering Consultants, Inc.