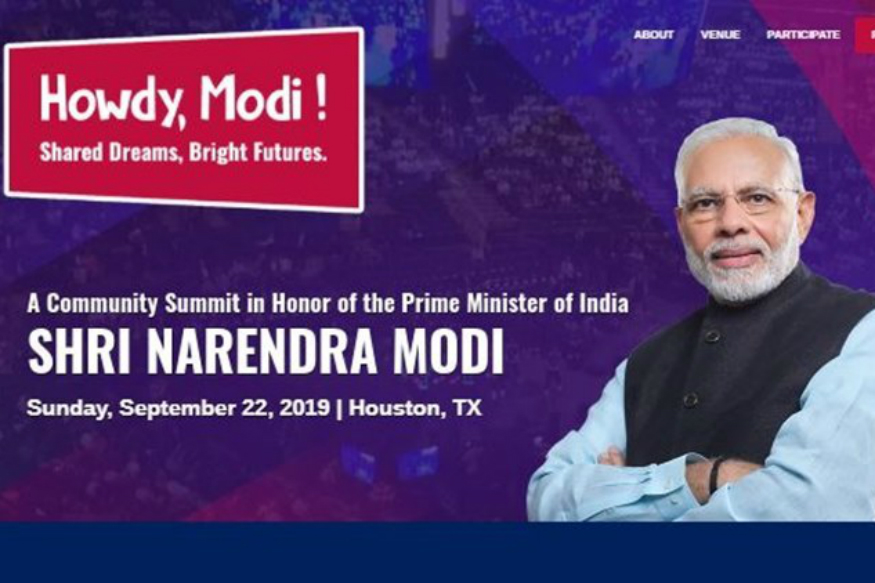 New York, July 19 (IANS) The Indian diaspora in Houston is getting ready to meet the Indian Prime Minister with a Texan “Howdy, Modi!” greeting on September 22.

The Texas India Forum (TIF) that is organizing the event billed as a “community summit” said it expects tens of thousands of people at the event.

The event is named alliteratively with a regional flavor for the common greeting spoken with a Texan drawl, “Howdy”, as a shorthand for “How do you do.”

“There is unprecedented synergy between our region and the aspirations of a New India that Prime Minister Narendra Modi represents”, said Jugal Malani, an event convener.

Texas is the fastest growing large state in the US, both in population and the economy.

“The American dream shares many similarities with emerging Indian dream, and an event of this scale suggests an opportunity to build bridges across two great democracies,” Malani added.

Modi is coming to the US for his first visit after his re-election to attend the high-level meetings at the UN. The Climate Action Summit called by Secretary-General Antonio Guterres is scheduled for September 23, and will be followed the next day by the high-level segment of the General Assembly that lasts a week.

While travelling abroad, Modi looks for opportunities to connect with the Indian diaspora. During his six visits as Prime Minister to the US, Modi has participated in two large community meetings of tens of thousands in New York and San Jose, and a smaller one in a Washington suburb during his previous visits.

The Houston event is to be broadcast live online and on TV channels and will include a “cultural program that showcases the Indian- American community”, according to the organisers.

TIF was set up recently as a non-profit organisation with registration becoming effective on July 12, according to the State Comptroller’s office.

India’s Deputy Consul-General in Houston, Surendra Adhana, confirmed to IANS that TIF is organising the community event for Modi.