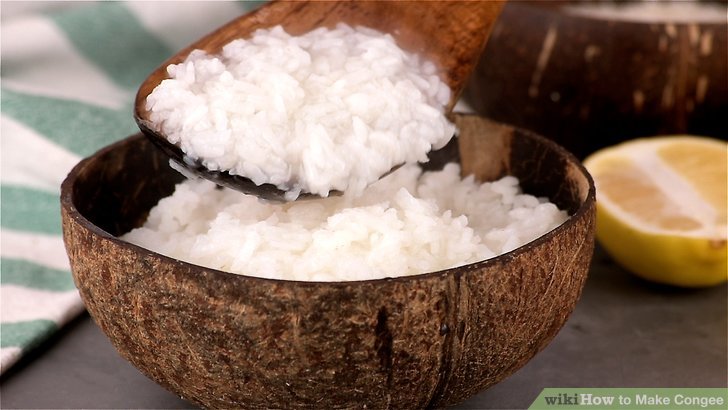 There is a new restaurant in our neighborhood. Its main entrée is Congee with many nuances. The Chinese call it Congee (Conjee) yet others call it rice soup, or porridge. In Cantonese, it is Jook; a soft, mild, and creamy soup. In some cultures, it is all-day comfort food. For centuries, it was given to babies and to heal the sick ones.

Congee is known by many names; however, it is Kerala’s plain old Kanji. It is a rice dish with or without added ingredients. Many ingredients are added to fortify and make it more nutritious. No matter how it is made, or what time it is served, or how many ingredients it contains– it is a gently cooked, soft, slightly viscous, and sweet rice dish. It is a breakfast, lunch, and dinner dish. It is a side dish or served as a wholesome meal embellished with meats, seafood, veggies, lentils, and hot and spicy flavorings.

A brief history of Congee

According to Wikipedia, the first records on Congee were found in the Book of Zhou. It says that Emperor Qin Shi Huang, the founder of the Qin dynasty ‘was first to cook Congee with millet’. The Ming dynasty of China is known to have used Congee as a ‘vehicle for medicinal herbs.’ It was also a traditional and staple breakfast dish in China. Also, Kanji was a prominent food item of ancient Tamils.

Kanji: bland to embellished and fortified

Let us deconstruct the simpleton Kanji and create variations with fancy rice, cereals, legume, lentils, meats, herbs, and spices. Cook your favorite rice in a large quantity of water till the rice is soft, and the water is semi-syrupy. An assortment of legumes, lentils, millet, barley, wheat, oats, corn, peas, and beans or ancient grains such as Freekeh, Einkorn, Quinoa, Black Nile barley, Amaranth, Hemp hearts, Millet, Spelt, Black Chia seeds can supplement rice. From a simple stovetop pot to microwave, and automated rice cookers to slow cookers are good for preparing Kanji.

Traditionally Kanji is a pure veg preparation. However, it can be fortified with your favorite meats and seafood. The Chinese add finely chopped Shiitake mushrooms, bamboo shoots, meats, seafood, and veggies to augment their Congee. Others cook it with diced pumpkins, yams, sweet potatoes, chopped kale, and spinach to a thick, and nutritious product. Add chopped nuts and dried fruits for better fiber content and taste. Slow cook it in milk (soy, almond, coconut, etc.) or by using assorted broths and lightly sweetening it with sugar, honey, agave, or maple syrup: it becomes simply irresistible.

Kanji made with a combination of rice and spices and herbs are not only flavorful but tasty, and healthy. When cooked with cumin seeds, fenugreek seeds, sesame, ginger, ajwain (carom) seeds, dill seeds, and other spices alone or in combination Kanji becomes a dietary supplement with added medicinal values. The famous Karkidaka Kanji is a staple in Kerala during the monsoon season to ward off cold-related illnesses. There are sweet and sour varieties that also depend on the combination of ingredients such as cinnamon, cardamom, ginger, cloves, and pepper. The taste can be augmented further using sugar, honey, and or other natural sweeteners.

Curries are better accomplices than plain Kanji. Curry dishes like sambar, rasam go well with Kanji as they are nicely spiced and impart good flavors. Other curry dishes also go well with Kanji. The natural mild sweetness of Kanji does mellow the harshness of spices. Additionally, Kanji can be made like Pongal and Puliodarai with the same ingredients and spices.

Condiments, such as pickles, prepared hot, sweet, and sour sauces and various chutneys, and hot salsas with Mexican peppers can add flavor to the plain Kanji. Add poppadum as a side dish to compliment.

Kanji with Korean Kimchi (pickled cabbage like the sauerkraut) is another variant. Kimchi is made with Napa cabbage that is fermented/pickled with spices and veggies. It is salty, tangy, spicy, and sour. It can be a palate-pleasing combination to plain Kanji. When Kimchi is fermented, it adds nutritional value. Similarly, Pazhankanji (fermented rice) adds nutritional values to plain rice.

It is known in other languages by names such as pazhaya saadam, paaniwala chawal, etc. In the Sichuan and Yunnan regions of China, it is called Jiuniang. It is made by fermenting glutinous rice with a starter culture Jiuqu, yeast, and bacteria. Recently, leftover and fermented Kanji has become a fad.

In my younger days, pazhankanji was served regularly with pickled green mangoes, birds-eye hot ‘kanthari’ chilies, and yogurt. Those days, farmworkers were given Kanji as a cooling dish during hot summer days served with salt, onion, chili, pickles, and poppadum.

It is interesting to note that the traditional North Indian black carrot Kanji (gajar ki kanji) is a fermented drink; not a rice-based dish.

Cooked rice when fermented has more micronutrients and minerals such as iron, potassium, sodium, and calcium. The process of making fermented rice is simple. Cooked rice is drained and cooled and soaked in cold water and left overnight to ferment. Fermentation makes it slightly sweet and tangy.

Kanji has many other names across the world. It is a breakfast dish, the main course, and comfort food. Kanji is light, gently sweet, and palatable with purported medicinal values. Thus, once a poor man’s dish, Kanji has grown leaps and bounds to a world-class dish.

Treat your dad to some sugar-free treats on Father's Day

Trailblazing Atlanta symphony violinist defies cultural norms for career and marriage; poised to launch concerts for a cause