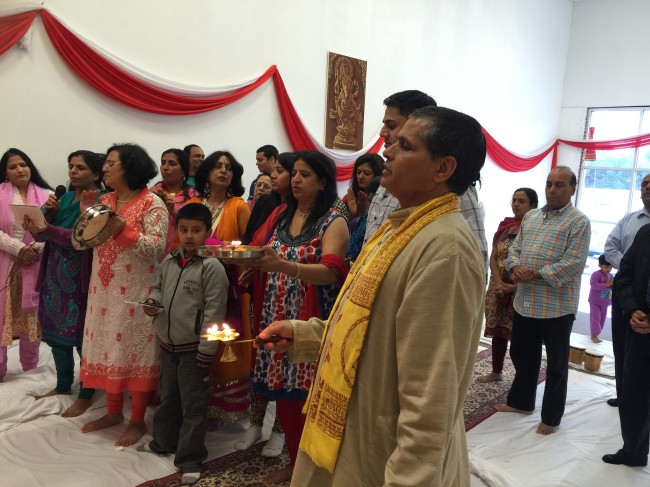 Atlanta, GA: The 108 recitation of Hanuman Chalisa was held at the Shri Hanuman Dham Mandir atChughPlaza,Covington,Georgiaon Nov 8. The recitation of the Chalisa is dedicated to Hanuman Swami, who dedicated his life to serving his Lord, Sri Ram. This event was organized by Kamlesh Chugh and family, the owners ofChughPlaza.

Each session began with recitations by different people, followed by bhajans and aarti. The Hanuman Chalisa describes the qualities of Hanuman – his strength, courage, wisdom, celibacy, devotion to Rama and the many names by which he was known. There are more temples devoted to Hanuman than any other deity in India, and recitation or chanting of the Hanuman Chalisa is a common religious practice.

The devotees present said they were blessed to have such a rare chance to read, listen and contemplate on the greatness of Hanuman Swami and his many wonderful exploits as were so beautifully described by the priest.