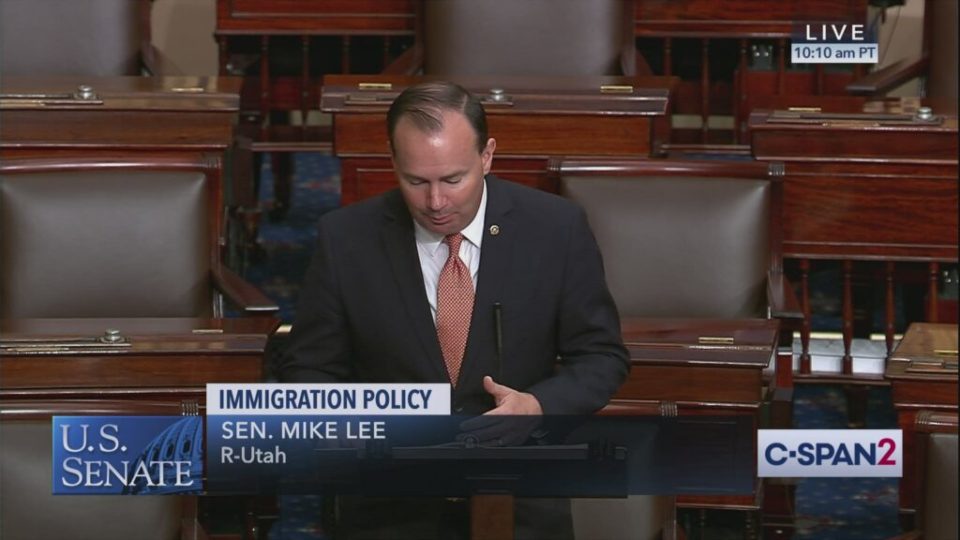 New York, July 23 (IANS) The wait time for green cards for Indians professionals stuck in the “awful, hellish green card backlog” could go up from the current 195 years to 450 years in ten years without a comprehensive reform of the immigration system, a Republican Senator has warned.

Senator Mike Lee said on Wednesday: “By the time we stretch this (backlogs) out to 2030, the 195-year backlog I mentioned a moment ago would be extended out to a 400- to 450-year backlog.”

EB2 green cards – the permanent immigration visa leading to citizenship – are for those with advanced degrees and EB3 for skilled and professional workers.

The annual green card quota for India and most countries is about 26,000.

Lee gave these wait times while opposing a Democratic bill that would protect the children of those on H1-B and other employment visas who are waiting for their green cards from being deported when they turn 21.

He said that with such long wait times, the children would not be able to qualify for green cards in their lifetimes and, instead, a comprehensive reform is needed.

When children turn 21, they are no longer considered dependents and will lose their visa status based on their parents’ visas as well as their claim to a green card and the Protect Children of Immigrant Workers Act proposed by Democrat Senator Dick Durbin seeks to remedy this.

While the cause of children who came to the US illegally has a lot of political support, the children who came in legally but reached adulthood has been under the radar and Durbin’s bill proposes a parallel remedy.

Durbin said that without increasing the total number of green cards, it would not be possible to deal with the huge backlogs and the decades-long wait times.

He said, “Just do the math; 140,000 EB (employment) visas and 226,000 family visas per year and 5 million people waiting. If you think you can solve this without changing the number of green cards, you can’t.”

He said that Lee told him that many Republicans opposed increasing the number of green cards that can be issued in a year.

Durbin’s bill would also allow H1-B visa-holders to file early for green cards, freeing them to switch jobs without being held down by the employers who sponsored them for theAvisa.

One of the compromises offered in Durbin’s bill is to restrict H1-B visas for outsourcing companies.

It would prohibit a company from hiring additional H-1B workers in the future if the company’s workforce is more than 50 employees and more than 50 per cent of those are temporary workers.

He said that eight of the top ten companies getting H1-B visas were outsourcing companies.

Defending his opposition to Durbin’s bill. Lee said that the Fairness for High-Skilled Immigrants Act he and Democratic Senator Kamala Harris have proposed would protect children, protects widows and widowers of H1-B visa-holders, while expediting green cards for all high-skilled immigrants.

A version of the bill that would lift national quotas to allow Indian applicants for green cards to get access to more immigration visas has been passed by the House of Representatives, but has been blocked by Durbin and two Republicans.

Durbin has said that lifting the national quota restrictions would only increase the wait times for other countries unless the number of green cards is increased.

With COVID-19 cases skyrocketing, how can we get the virus under control?