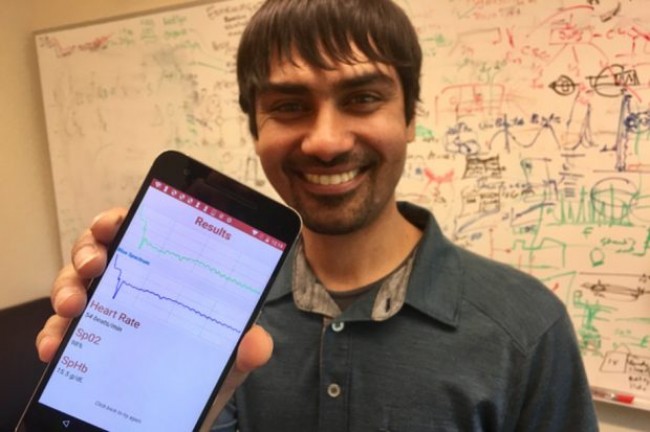 Using functions on a smartphone including its accelerometer, microphone, flash and camera, the Senosis apps can monitor lung health and hemoglobin counts, among other things, the report said.

For example, to measure the hemoglobin, Senosis’ app uses the phone’s flash to illuminate a user’s finger.

It marks the latest acquisition for Patel, whose past start-up ventures have landed in the hands of companies such as Belkin International and Sears, according to Geekwire.com which first reported the acquisition on Sunday.

Patel, who founded the company with four others, is a professor at University of Washington’s computer science and engineering faculty.

According to a biography at University of Washington website, Patel was a founder of Zensi, Inc., a demand side energy monitoring solutions provider, which was acquired by Belkin, Inc in 2010.

He is also a co-founder of a low-power wireless sensor platform company called SNUPI Technologies and a consumer home sensing product called WallyHome.

WallyHome was acquired by Sears in 2015.

A recipient of many awards, his past work was also honored by the New York Times as a top technology of the year in 2005.