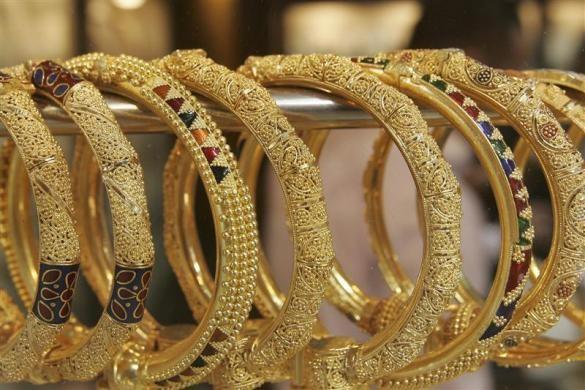 New Delhi, Sep 1 (IANS) A supply crunch following the Indian government’s policy to curb gold imports and concern over a possible Western attack on Syria could lead to a further rise in the yellow metal’s prices and mar the coming festive and marriage season.

“There is comfortable gold demand. Gold is innate to the Inidan culture. If the situation continues like this, in the coming festive and marriage season we will be facing a lot of supply crunch. The government wants to shrink the size of this industry,” Harshad Ajmera, director on the board of the All India Gems & Jewellery Trade Federation, told IANS.

No gold has been imported since July 22 after the government slapped an eight percent import duty on the yellow metal in June which was hiked to 10 percent Aug 13 in a bid to contain the current account deficit. The government said too much gold import is draining foreign exchange from its coffer.

“We are facing supply crunches. Actually we are still using gold that has been imported on July 22. But with the festivity time round the corner we expect a supply crunch and a lot of chaos to take place,” said Bachharaj Bamalwa, former chairman, All India Gems & Jewellery Trade Federation.

Industry players question the prudence of the policy, saying it had not arrested the rupee’s depreciation against dollar.

Some traders felt the situation will become something like 20 years back when there was no price measurement barometer in the gold industry. The market during that time was completely dependent on smuggled gold as gold import was banned under the Gold Control Act 1962. This act was abolished by the government in 1992 and gold import was liberalised.

“It is a similar situation like 1992 when the entire industry was unorganised,” said Ashok Minawala of Minawala Jewellers in Mumbai.

Ajmera said the government was shooting in the dark. “They (government) have not been able to handle the economy of the country properly and now they are thrusting all pressure on this industry. Highest import bill is generated from the oil sector. Government must put some more restrictions on the oil sector rather than continuously putting pressure on the gold industry.”

Restrictions on import has opened the grey market for smuggled gold from abroad, he said. “But we cannot work on smuggled gold. We are facing problems as we do not have enough raw materials to work on.”

Somasundaram P.R., managing director, India, World Gold Council, said: “We are hoping that the government will come up with some clarifications on the import of gold soon. And following that clarification import is expected to resume in a phased manner.”

“We are now waiting for a clarification from the customs department shortly regarding the RBI guidelines on import duty,” said Bamalwa.

In the meantime, small traders have begun making losses. Rahul Gupta, chief executive officer, PP Jewellers, does not see any merit in the government move to continuously increase import duty. “This is not going to solve the government’s problems. The government is in turn hitting some industry badly,” he said.

“Now the demand-supply gap is not so sharp, but closer to the festive season when it becomes more wide, the pricing from one shop to another will also vary.”

There are four million artisans who work for this industry and along with them 12 million family members are attached. Hence one percent of the population of this country would be impacted if no import is allowed.

Opposition leaders like former finance minister Yashwant Sinha have voiced their concern over a possible collapse of jewellery trade and millions of people being rendered jobless because of the government policy.