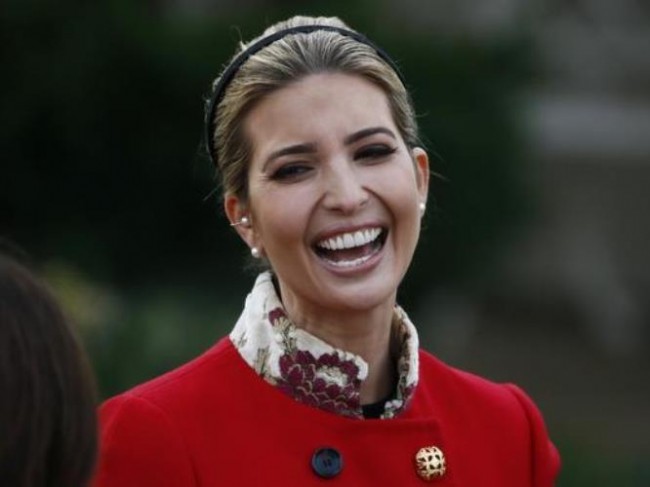 Hyderabad, Nov 28 (IANS) The holding of the Global Entrepreneurship Summit (GES) for the first time in India reflects the growing security and economic partnership between America and India, Ivanka Trump, the daughter of US President Donald Trump and his Advisor, said on Tuesday.

The three-day event, being co-hosted here by the US and India, is being attended by 1,500 entrepreneurs, investors and eco-system supporters from 159 countries.

“This is the first time India has hosted the Global Entrepreneurship Summit. It is a symbol of the strengthened friendship between our two peoples, and the growing economic and security partnership between our two nations,” Trump said in her address at the inaugural session of the GES.

“As President Trump said earlier this year: India has a true friend in the White House,” she noted, without specifying the recent pronouncements of the US administration favourable to India in the area of security, diplomacy and cooperation.

This is the first time that the event is being held in South Asia.

Complimenting India for being one of the fastest growing economies globally, lifting millions out of poverty and for the progress acheived in science and technology, Trump said: “The people of India inspire us all.”

“The people of India have lifted more than 130 million citizens out of poverty. All of you are helping India’s middle class reach its goal of becoming 500 million people by 2030.”

“Its wonderful to be in this ancient city brimming with transformative technology,” she said referring to Hyderabad.

“Now, your tech centers may even outshine your world famous biryani,” she added.

Trump noted that Hyderabad-based startups incubator T-Hub’s “brand new facility is set to open next year and will become the largest incubator in Asia”.

Referring to the theme of the the 8th GES — Women First, Prosperity For All — Trump said this is the “key to our future”.

“I am proud that for the first time ever, women make up the majority of the 1,500 entrepreneurs selected to attend,” she said.

The US State Department and other American agencies in partnership with India’s NITI Aayog are organising the GES, which seeks to create an environment that empowers innovators, particularly women, to take their ideas to the next level.

A personal initiative of former US President Barack Obama to bring entrepreneurs from across the globe on one platform, the GES made a beginning in 2010 in Washington and thereafter it has been hosted by Turkey, the UAE, Malaysia, Morocco and Kenya.