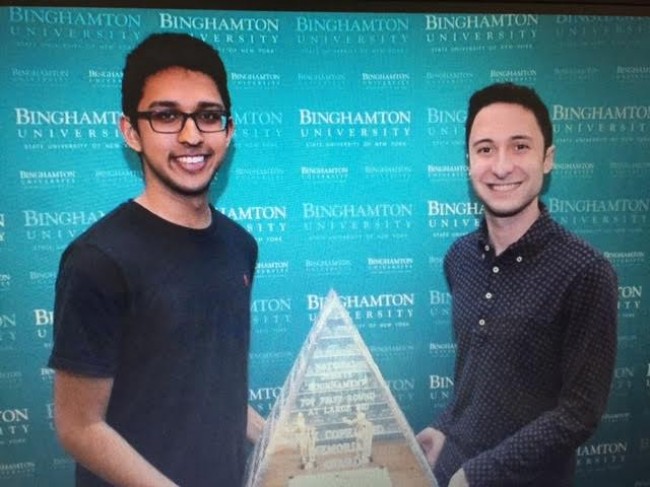 The duo brought the trophy to Harvard for the first time in 26 years, reports The Harvard Crimson. Though Harvard usually attends the tournament and made it to the final four for the last three years, their team hadn’t won the national championship since 1990.

“We have had some extremely talented teams over the past quarter-century, but none better than Hemanth and David,” said coach Dallas G. Perkins through a press release. “A lot goes into winning the tournament: long and careful preparation, countless hours of practice, and a bit of luck,”

Sanjeev is from Macon, GA and graduated from Stratford Academy in 2014.