Atlanta, GA, January 11, 2018: The Georgia State General Assembly passed a resolution today, declaring January 14 as Thai Pongal Day, a state holiday.
“I appreciate the legislators from both sides of the aisle for swiftly passing the resolution on time , ahead of Pongal, which is equivalent to Thanksgiving for millions of Tamils in the USA and around the world,” said Dr Indran Indrakrishnan, who was instrumental in having the resolution passed.
“The signed resolution and the official video broadcast will be available in the near future,” he said.
Dr Indrakrishnan was recently appointed by Governor Nathan Deal to the Georgia Board for Physician Workforce.
The State of Virginia also recently passed a similar resolution, declaring January 14 as Thai Pongal Day.
A copy of the resolution passed by the Georgia State Assembly is below: 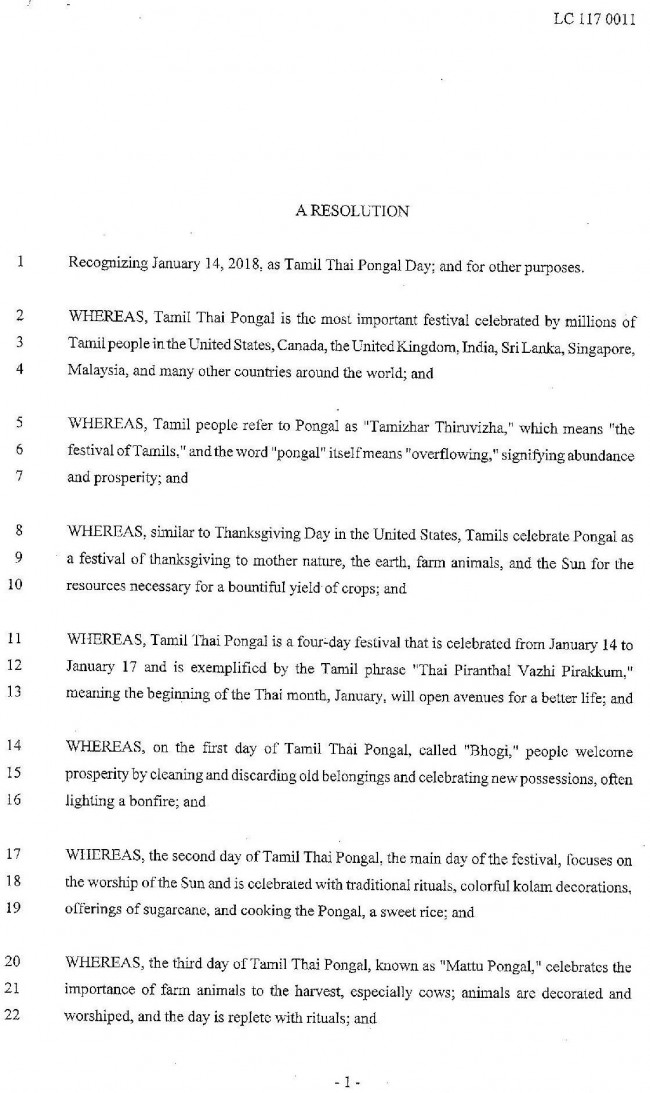 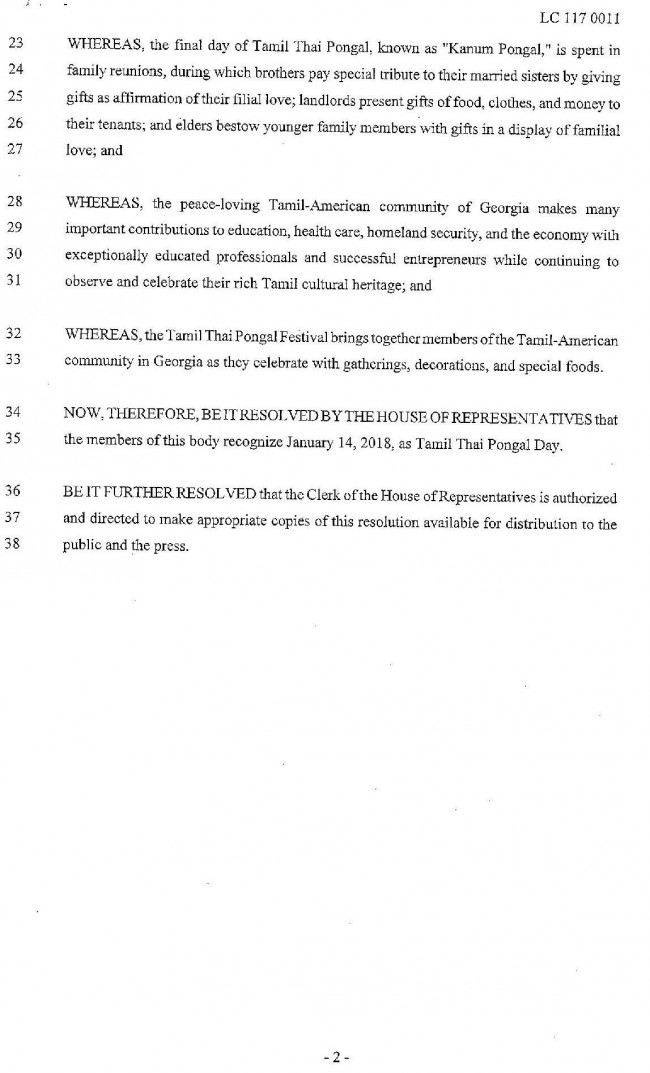 Over 10,000 Converge in Atlanta for NATA Biennial Convention