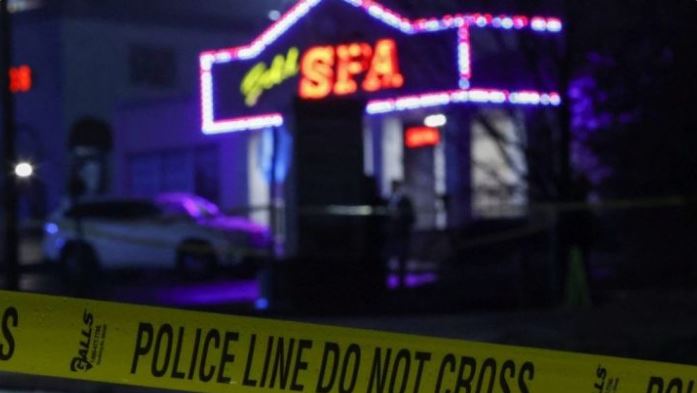 “I am proud to join my colleagues in the House and Senate to speak out against anti-AAPI hate across our country. We all have different stories, but together, we are one united nation. An attack on any one individual community is an attack on all communities. While Atlanta continues to mourn for the lives lost in the recent attacks, we know that if we stand together, our light can never be dimmed,” said Congresswoman Carolyn Bourdeaux.

“We must stand against AAPI hate and violence, full stop. I join my colleagues in the Senate and the House in mourning the lives lost in the recent horrific shooting in Atlanta, and condemning the irresponsible and cruel anti-Asian sentiments related to the COVID-19 pandemic that have caused a spike in anti-Asian violence. Let me be clear: hate, including hate that hurts and kills members of the Asian-American community, has no place in Georgia—or anywhere in our country,” said Senator Warnock.

“The horrific murders in Georgia this month, which claimed eight lives, six of whom were Asian women, shocked our nation. This was a hate crime, plain and simple. The murderer sought out and targeted Asian owned businesses and specifically, Asian women who are some of our most vulnerable. This mass shooting brought attention to the plague of anti-Asian violence. But this violence has long predated the murders in Georgia. Since the start of the coronavirus pandemic, Asian Americans have reported over 3,800 hate crimes and incidents inspired by misinformation and xenophobic slurs like ‘Chinese virus’ and ‘Kung flu.’ That is why it is so important that all leaders speak out to reject bigotry and violence. “I’m grateful for the support from so many colleagues. Together, we can stop Asian hate” said Congresswoman Judy Chu.

“Our communities are devastated every single time another family is ripped apart. The pain felt by every person who has been targeted by this violence is excruciating. The horrific events of recent weeks are just the latest examples of the hate our Asian American brothers and sisters have faced during this pandemic. No member of our community should ever live in fear of discrimination, hatred, or violence. We must condemn hate and protect one another,” said Congresswoman McBath.

“People are hurting in the midst of a global pandemic, especially members of our Asian American communities who have experienced intensified anti-Asian discrimination and violence. Everyone has the right to live without fear of being shot or killed in their workplace or public spaces because of their race, ethnicity, or gender. The horrific Atlanta Spa shootings struck the heart of the Fifth District and the entire Atlanta community. I will always stand up and condemn all forms of violence and bigotry. That is why I am proud to co-sponsor this resolution to stop AAPI hate,” said Congresswoman Williams.

The resolution is supported by one-third of the United States Senate and is co-sponsored in the House by more than 100 members.

Celebrating Indian women trailblazers who were first in their field