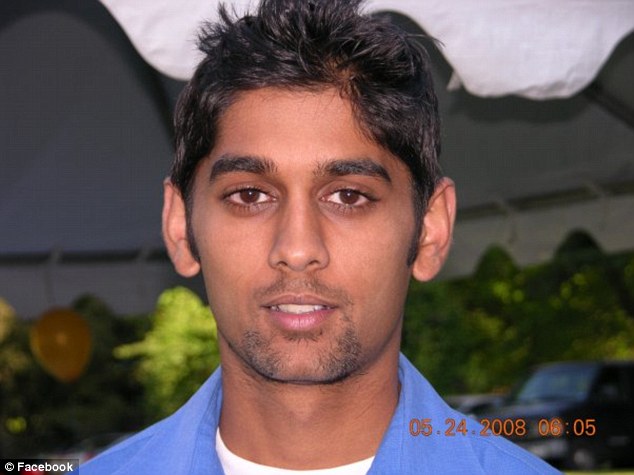 Atlanta, GA: A jury recently convicted Rahul Gupta, a 25-year-old Georgetown University graduate student for stabbing his friend to death. Gupta was found guilty of first-degree murder for fatally stabbing Mark Edward Waugh last October after finding him cheating with his girlfriend, according to media reports.

As her son was led out of the courtroom, Gupta’s mother collapsed in tears and an ambulance had to be called to assist her.

According to Montgomery County Police records the cops were called to Gupta’s Silver Spring apartment in the early morning hours of Oct. 13. Officers found Gupta covered in blood and an unresponsive Waugh with multiple stab and “defensive-type” wounds. When an officer asked Gupta what had happened, he replied that he walked in on his girlfriend cheating on him, police said.

“My girl and my buddy were cheating, my girl was cheating with my buddy. I walked in on them cheating and I killed my buddy,” Gupta had told officers.

Gupta later said that he only admitted to the killing to protect his then-girlfriend, who he said was responsible for the murder.

Both Gupta and Waugh graduated from Langley High School in McLean,Virginia.

Gupta’s girlfriend had told police that she couldn’t remember anything after drinking shots of alcohol at the apartment but was woken up by Gupta’s orders to call 911, the police report stated.