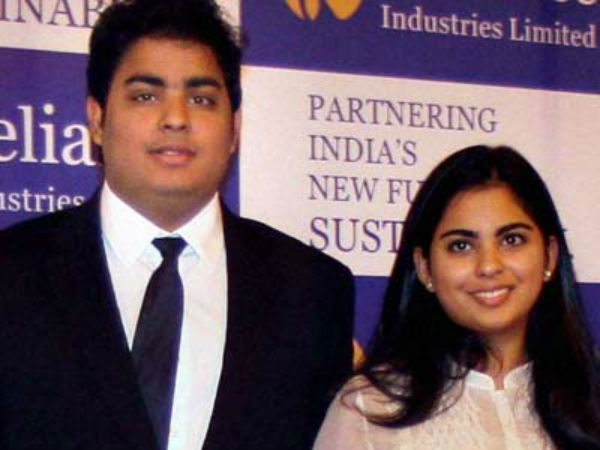 Mumbai, Oct 11 (IANS) Reliance Industries chairman Mukesh Ambani and director Nita Ambani’s twin children Isha and Akash are set to join two of the groups arms, making them the third generation of founder Dhirubhai Ambani’s family at the helm of the $66-billion group.

Isha Ambani and Akash Ambani have been appointed on the board of the group’s broadband services arm Reliance Jio Infocomm and their e-commerce venture Reliance Retail, respectively, the company said in a statement Saturday.

Additionally, Adil Zainulbhai – who had been named chairman of the Network 18 Group recently – has also been appointed on the board of Reliance Retail.

The decisions were taken at the respective board meetings.

Isha Ambani graduated from Yale University with double majors in Psychology and South Asian Studies and had been a business analyst with McKinsey at their New York office.

Akash Ambani graduated from Brown University with major in Economics and had been closely involved in the development of products and digital services applications in Reliance Jio.