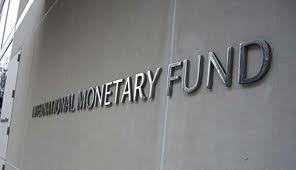 Washington, Aug 30 (IANS) Four economists of Indian origin have been featured in in the International Monetary Fund’s (IMF) list of 25 economists under 45 who are shaping the way one thinks about the global economy

The “Generation Next” list of “economists under 45 (who) will have the most influence in the coming decades on our understanding of the global economy,” was compiled by IMF with information from “readers, assorted international economists and journal editors.”

The list is published in the September issue of “Finance & Development.”

Indian origin researchers on the list are Raj Chetty and Gita Gopinath from Harvard University, Parag Pathak from the Massachusetts Institute of Technology and Amit Seru from the University of Chicago.

Dominated by Americans who share US nationality with countries such as France, India, Australia and Canada, the list also features economists of British, Russian, Argentinean and Pakistani origin.

Raj Chetty, 35, Indian and American, Harvard University, received his PhD at age 23. He combines empirical evidence and economic theory to research how to improve government policy decisions in areas such as tax policy, unemployment insurance, education, and equality of opportunity.

Gita Gopinath, 42, American and Indian, Harvard, studies international macroeconomics and trade with a focus on sovereign debt, the response of international prices to exchange rate movements, and the rapid shifts in
relative value among world currencies.

Amit Seru, 40, Indian, University of Chicago, researches financial intermediation and regulation as well as issues related to corporate finance, including resource allocation within and between firms, and organizational incentives.