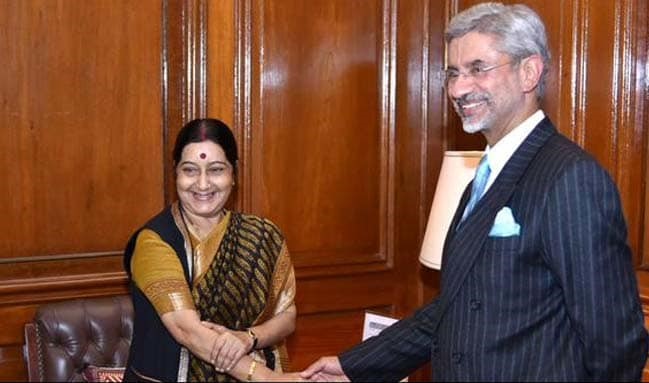 New Delhi, May 31: Former US Ambassador S. Jaishankar will be the External Affairs Minister in Modi’s new government. V. Muraleedharan has been appointed his deputy.

Gen V.K. Singh, who was previously the Minister of State in the External Affairs Ministry, has been moved to the Ministry of Road Transport and Highways.

Jaishankar was inducted into the ministry even though he has not contested elections to the Lower House (Lok Sabha). He is not a member of the Upper House (Rajya Sabha) either. He will need to be a member of Parliament within the next six months to continue as External Affairs Minister.

Jaishankar, as India’s ambassador to the US between 2013 and 2015, played a key role in bridging the widening gulf in relations between the US and India, especially in the wake of Indian diplomat Devyani Khobragade’s arrest in New York over her maid’s immigration status, and also played a major role in arranging Modi’s visit to the US.

Jaishankar was one of the key officials who negotiated the nuclear deal with the US as joint secretary (Americas) from 2004 to 2007 in the ministry. He was previously the envoy to China before moving as envoy to the US. He had also been posted as ambassador to Singapore and the Czech Republic.

Jaishakar, the son of late foreign policy expert and diplomat K. Subhramanyam, was a topper of his 1977 batch.

Jaishankar is a product of St. Stephen’s College, Delhi. His Ph.D. specialization was nuclear diplomacy.