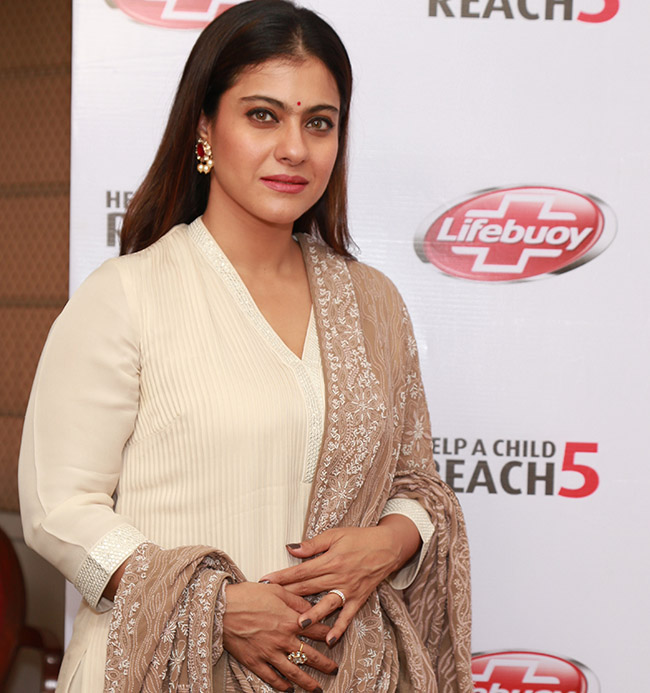 New Delhi, May 23 (IANS) At 41, award-winning actress Kajol still stands strong and bold in the film industry. But the Padma Shri awardee, who has a film career spanning over two decades, believes that showbiz is “simply just another business” and is a man’s world.

Wage inequality recently became a hot topic in Hollywood and Bollywood. Asked about gender inequality in the film industry, Kajol told IANS in an interview: “It is male dominated. There is no getting away from that fact. Whether it is Hollywood or Bollywood, that will be there because currently our world is like that.

“Hollywood or Bollywood, it is simply another business where it is male dominated. But again it has to be monetarily feasible and economically viable. That’s something that has everything to do with the pay scale as far as this particular business is concerned.”

But neither age nor her marital status has ever come in the way of her career.

Married to actor-producer Ajay Devgn, the mother of two, was last seen on the big screen in the 2015 film “Dilwale”. And no, she isn’t taking a break from movies as of now. She will soon start shooting for a film under their home banner production.

“I can’t talk about it right now. It is still in the scripting stage. I hope it goes on floors in the next three months or so. The director is yet to be finalised,” said the “Gupt” star.

“It’s (the campaign) very close to my heart. As a star and as a person, you have a responsibility… you need to stand up and be a part of society and help out in whichever way you can. For somebody like me…I am famous and people recognise me.

“Hopefully, they will believe in the things that I have to say, so I can use that to the advantage of my society and work for it,” she said about the cause for which she visited the capital and also met Prime Minister Narendra Modi.

She shared that they talked about how hand wash should be mandatory in schools. “It is necessary to put in not only toilet but wash basins as well. So that facility should be available and then only the habit will be available.”

Has he shown any support to the cause?

“Officially, no. I can’t say that we have tied up. But I think the way we are going, what we are talking about, it coincides well with his own campaign (Swachh Bharat Abhiyan). We are definitely on the same page,” said the “Dilwale” star.

Kajol also wants to make a difference as a part-time member of the Prasar Bharati Board that runs public broadcasters Doordarshan and All India Radio.

“My opinion is one of many. Since I am on board, hopefully my suggestions will be taken. I am there to give suggestions and make a difference if I can,” she said.

With so many projects in hand, don’t her children – daughter Nysa and son Yug – complain?

“They always complain. If they had their way, I would be sitting at home 24/7. My son tells me ‘Mama I like it when I enter the house and see you waiting for me’. I think every child wants their mother to be their bai (maid),” she signed off.