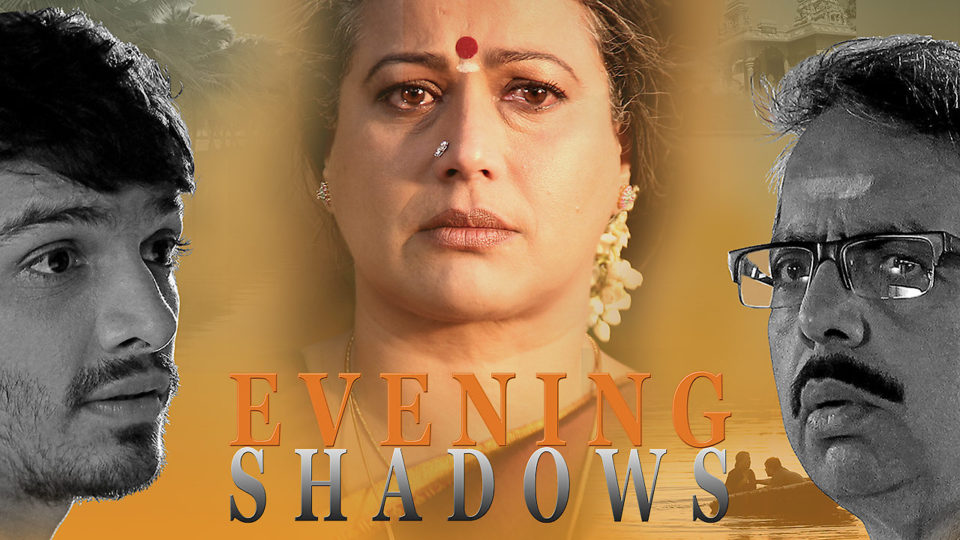 What happens to a conservative tradition-bound Hindu family when the son comes out as gay?

This is a question that has been haunting our cinema for some time now. I remember Sanjoy Nag’s “Memories In March” where Deepti Naval played a bereaved mother who discovers her son’s homosexuality after his death, through his partner played by the late and much missed filmmaker Rituparno Ghosh.

In “Evening Shadows”, the central character of the matriarch is played by Mona Ambegaonkar, a grossly underutilized actress who emerges from the ‘Shadows’, so to speak, with a powerful, if somewhat uneven, performance in a film that means well but is constantly stymied by stilted dialogues and some monstrously embarrassing twists in the plot that make us want to scream in protest.

Outwardly, the reach is impressive. The rural Karnataka locations are fabulously scenic and the homes look lived-in. But the situations created by the plot to underscore the domestic dynamics are far from convincing.

This could have been such a game-changing film. God knows, Ambegaonkar and newcomer Devansh Doshi as mother and son on a journey of discovery, imbue their characters with a disarming believability.

Sadly, the dialogues they are made to speak to each other and to the other characters in the film, sound like they are being read out from a teleprinter at a very poorly conceived live show.

The conversations between protagonist Kartik and his gay partner over the phone also sound heavily stilted and self-conscious in spite of the profusion of endearments the pair exchange. And some of the more sighing moments appear to be clumsy wish-fulfilment rather than the reality.

A far less self-conscious self-congratulatory approach to the subject would have gone a long way in furnishing the drama with a more authentic base.

As a film about coming out of the closet, “Evening Shadows” casts a fairly deepening shadow over its characters’ lives as the son’s revelations shake the family and its time-worn values.

Ananth, as the rigid smirky patriarch sadly deficient in the quality of human compassion, is admirably apt, sometimes more so than the script allows the actors to be.

The writers (Sridhar Rangayan, Saagar Gupta) are seen to be constantly in a dilemma as to how far they should go in the exploration of Kartik’s sexual identity without scaring the more conservative audiences away.

Consequently, the narrative often comes across as half-hearted, if not entirely ludicrous, as in the way Kartik’s uncle Ramesh (Abhay Kulkarni) is revealed to have sexually abused Kartik during his childhood.

However, Kartik doesn’t see his uncle’s abuse as abuse.

The film also wants us to believe that promiscuity is not a rule, in the gay community. Fidelity is.

The film loses it credibility quickly after such absurd leaps of faith. There are some very embarrassing moments with Kartik’s divorced aunt who counsels him: “Never marry for any reason but love.”

Before the film slips into a self righteous pool of bumper-sticker wisdom, it quickly regains some lost ground in the closing moments when Kartik’s mother stands up for her son and ticks off her rigidly conservative husband, reminding him he has done nothing in their son’s upbringing to warrant his angered protest at the son’s sexuality.

“Evening Shadows” is more credible for what it tries to say about same-sex relationships than what we actually hear it saying. For, when it comes to the words, they definitely get in the way.