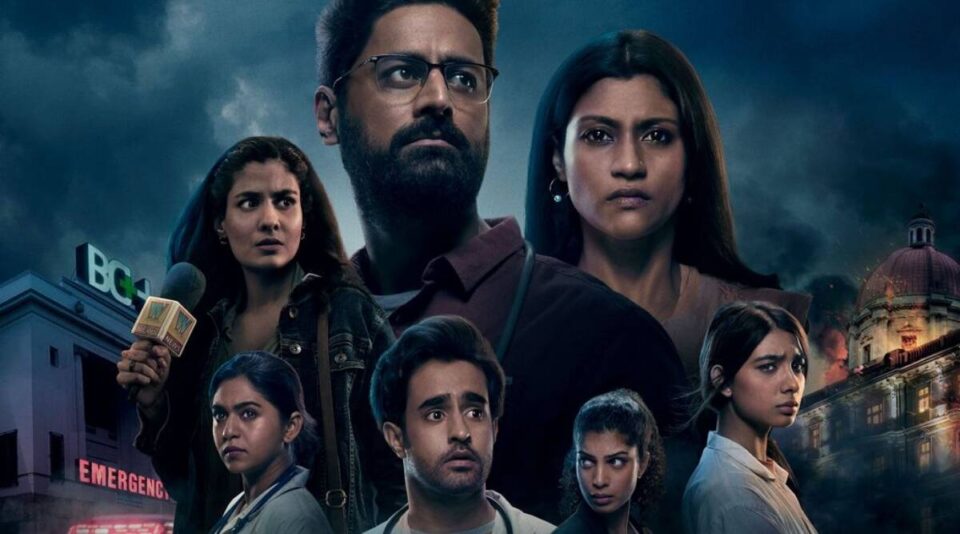 This fictionalized series depicting the Mumbai terrorist attacks of November 26, 2008, will definitely generate a polarised opinion. Not because of how it is made, but for the subject itself.

From the onset, melodramatic to the core, the scenes packed with chaos and showing up human frailties, follies and idiosyncrasies, there’s something deeply unsettling about the series. It just brings back the pain and if you revel in watching others in pain, then this series is for you.

For those who may not be fully aware about the Mumbai terrorist attacks, this series gives you an insight into how the entire event unfolded, but it can’t be taken seriously as a history lesson.

The series made up of eight episodes gives you an account of how the terrorists, on a killing spree, shooting random people at sight, created mayhem in the city. It focuses on events that took place at Leopold Cafe, Bombay General Hospital and Palace Hotel. These venues are conveniently and by default connected by the act of the terrorists and by characters helming rescue operations in the respective places.

The characters are fictional for most part and come with plenty of dramatic embellishments that supplement the basic story. Along the way, phones run out of battery, colleagues get separated or killed, and egotism and religious profiling create tension.

The performance of the entire cast is natural and simply brilliant. The look of sincerity that Mohit Raina offers as Dr Kaushik Oberoi, the maverick and sought-after head of the Emergency Ward of BG Hospital working under pressure despite having marital issues, cannot be missed.

He is aptly supported by three new junior doctors — Dr Ahaan Mirza (Satyajeet Dubey), Dr Sujata (Mrunmayee Deshpande) and Dr Diya Parekh (Natasha Bharadwaj) — who join him on that fateful day. How they carry on with their duties with evident hesitation, is palpable.

Prakash Belawadi, as the CEO and Dean of BGH, Konkona Sen Sharma as the head of Social Service, Tina Desai as Dr Kaushik’s wife Ananya, Pushkaraj Chirputkar as the male nurse and the rest of the supporting cast are simply the characters themselves.

Technically, with ace production values, the series is heavy on atmosphere and mood. The directors’ filmmaking talent and unflinching command of camera and action, manage to mentally and physically place the viewers among the countless victims and survivors of the horrific attack.

DOP Kaushal Shah’s camera work is smooth and fluid, capturing the events close and up-front. The editing too is seamless. Overall, it is a well-mounted series. But…

As mentioned earlier, this series will definitely generate a debate in the mind of the viewers. And you’d be mentally juggling questions on the ethics of the subject.

Does this series help inspire and glorify humanity, or is it entertaining? Nah… it just opens up old wounds. This quote from one of the characters in the series — “It’s important to mourn, but it is equally important to move ahead in life” — rightly applies to the series itself.