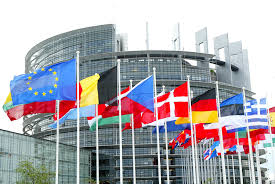 Brussels, March 3 (IANS) The European Parliament has voted to end visa-free travel for Americans within the European Union.

It comes after the US failed to agree visa-free travel for citizens of five EU countries — Bulgaria, Croatia, Cyprus, Poland and Romania — as part of a reciprocity agreement, reported the Independent.

US citizens can normally travel to all countries in the bloc without a visa.

The vote by Parliament’s civil liberties committee means Americans will have to apply for extra documents for the next 12 months.

The European Commission discovered three years ago that the US was not meeting its obligations under the reciprocity agreement but has not yet taken any legal action, according to the report.

Australia, Brunei, Japan and Canada were also failing in their obligations, but all four have lifted, or are soon to lift, any visa restrictions on travel for EU citizens.

Following the committee’s vote, the Commission must act to suspend the visa waiver for Americans, but the European Parliament or the Council of the European Union may object, the newspaper said.

In December, MEPs pressed for the move in order to “encourage” Washington to play its part, according to a statement by the Parliament.

But Migration Commissioner Dimitris Avramopoulos warned of “consequences”, including potential “retaliation” and a drop in visitor numbers precipitating substantial losses for the continent’s tourism industry.

Just days ago the Council said it would liberalise the visa regime for citizens of Georgia travelling into the EU.

Georgians can now, subject to final approval of the regulation, stay in any EU country for 90 days in any period of 180 days without needing a visa.

Carmelo Abela, Malta’s Minister for National Security, said: “This agreement will bring the people of Georgia and the EU closer together and will strengthen tourism and business ties. It follows the completion of the necessary reforms by Georgia, addressing document security, border management, migration and asylum.”

In February, it was reported that the EU was considering the adoption of a US-style electronic travel permit scheme – a move that could create a new administrative hurdle for British tourists after Brexit.

Currently foreign travellers must pay a fee of $14 (£11) when they complete ESTA, an automated online system that determines their eligibility to travel to the US.