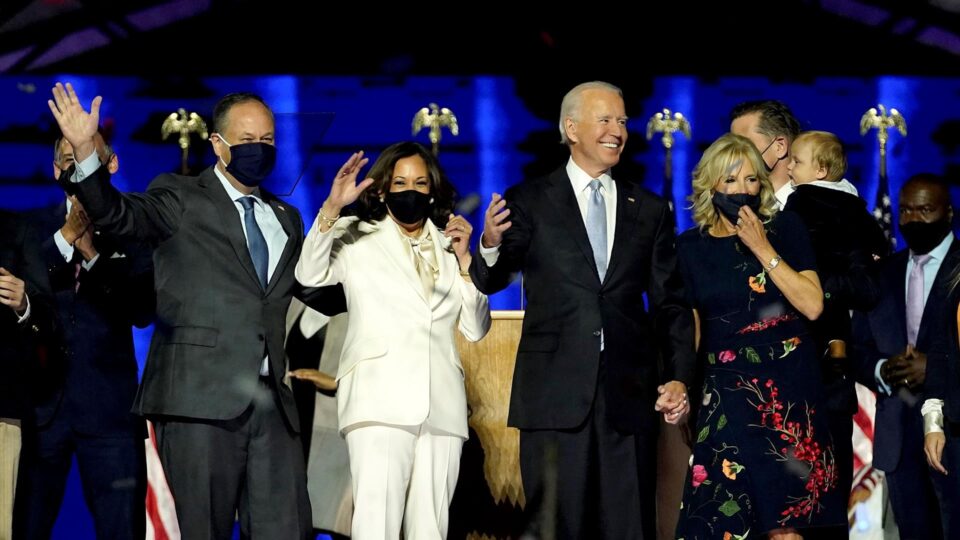 The Presidential Election is now over, though not officially closed, and several leading media outlets have declared the winner. While the Trump voters, nicknamed as the ‘silent majority’  and the Republican party that was missing from the electoral scene have silently accepted the defeat,  incumbent President Donald Trump has not accepted defeat but likened the election outcome to a stolen verdict. It is possible that his close aides may have advised him to call it that way so that lawyers who have made mastery in finding a needle in the haystack can convert the usual irregularities into a mountain of electoral malpractices and until then the President can avoid conceding defeat.

Even in the end when Trump concedes the loss of 4 more years that he dreamed of in the White House, he is unlikely to make a concession speech. Trump is of that category of leaders who think that no one can defeat him so it has to be a stealing which his watch and wards could not prevent.

Republican politicians appear relieved as most of their colleagues have retained their Senate and House seats. They are further happy that they will no longer be accused of defending a President who is skilled in making himself indefensible and rendering their job difficult. The truly unhappy lot is the family members of President Trump who may have been targeting the second term as the opportunity to fulfill their dreams.

The Democratic side is upbeat and euphoric. Apart from the usual characterization of ‘unprecedented’, the election is termed as ‘historical’. 12 years ago, the Democrats created history by electing a black American to occupy the White House and mobilizing the young voters to the polling booth. This time they created multiple histories, elected a woman to the highest ever office any women could occupy in American History, a history which Hilary Clinton narrowly missed four years ago. They created a new history by electing a biracial woman as the Vice President. There are other histories that are created, such as the largest-ever absentee ballots cast, securing the largest ever votes that any President has ever got, the longest and slowest counting of votes (leaving aside the hanging chad issue of the 2000 Florida vote count) and also electing the oldest person as the President of America.

Vice President-Elect Kamala Harris and President-Elect Joe Biden delivered their victory speech last week. As expected, it was a well written and well-delivered speech and is generally evaluated as a unifying speech. Biden repeated the personal losses he suffered in his life and connected it with the families who lost their near and dear due to COVID-19 and made efforts to show empathy that he has been espousing all along his campaign. Kamala Harris on the other hand touched on her bi-racial and immigrant background, the single mom’s challenges to bringing up two girls highlighting the womanhood and the neglect women in general are subjected to in a country like America. Kamala Harris did not forget to ignite hope in girls.

Joe Biden assured Americans that he will work as the American President and the President of all those voted for him and not voted for him, something difficult to come out from President Trump if he was the winner. One cannot find faults with Democrats, they are good at making promises, delivering speeches in general.  The delay in the counting gave them more time to tweak, polish and practice it. Unlike the past victory speeches, the military, war on terror, bringing back the troops did not get the same prominence. President Trump can be proud that these are no more the burning issues in front of America.

The festival of election and celebrations is now over, it is time for the Biden Administration to put his promises into practice. Not only his promises, the promises of his opponents in the Presidential primary, especially that of Bernie Sanders included. Unlike the 2016 elections, the Sanders supporters stood solidly behind the Democratic ticket, tirelessly worked, and mobilized voters, which was visible in the turnout. The Senate continues to be controlled by the Republicans. The same Mitch McConnel is expected to be the Majority Leader. Democrats, though holding the House, is returning with a thin majority. The leadership of Nancy Pelosi was under challenge last time, the younger generation wants Pelosi to give them the opportunity.

The road ahead for the Biden Administration is thus not easy. Biden may have to make major concessions to the Republicans and move towards the center to get things done which may not be acceptable to a good number of Democrats, especially the Sanders supporters. We saw this in the Obama- Administration. Despite Democrats having the majority in the House and Senate, it was not easy for even legislation like the ACA to get passed. The pulls and pushes within the Democrats were the cause for a diluted and complex ACA and several other legislations that could not see the light of the day. There are no indications that the Republicans will give major concessions to President Biden except that they may meet more cordially. If they do, then we can say that Biden was successful in his promise to be the President of All Americans.

About the Author:Atlanta-based Mohan Nair is a keen political observer and closely follows US and Indian Politics. More Blogs at http://sabrimala.blogspot.com, Twitter: mohanMNair

Why we American immigrants should vote