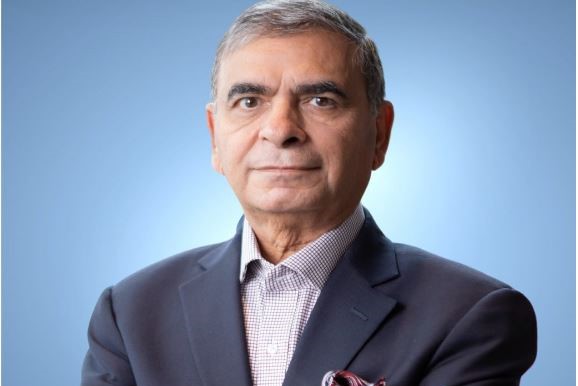 Atlanta, GA, July 29, 2021: Lalit Dhingra is quite aware of what it means to be Driven, which also happens to be the title of his maiden book. As a leader at the core of digital evolution addressing technological and scientific issues while leading highly diversified teams with a proven track record of establishing and integrating global development centers, he is also well-versed in building financial strategy to meet corporate goals in a career spanning well over four decades.

“I have known Lalit for more than two decades. Title of his book “Driven” is quite apt for someone who is a self-made leader and proved his mettle in India as well as in the US. As I am part of his extended tennis team, the best line I like in his book is from Chapter 2 which is also a universal truth for a businessman/entrepreneur – “Never quit and constantly improve,” said Ani Agnihotri, Co-Founder and CEO at Marshall Automation America, Inc.

Dhingra has been at the forefront of innovation and the changing landscape of technology since his arrival to Atlanta in 1997. As president of NIIT Technologies USA Inc. he built from inception the U.S. arm of the company with revenues of $225 million and a staff of 1,000 with offices in four states. After 28 years at NIIT, Dhingra launched a new venture, a management consulting firm EnSignis and a business solution service firm EnSignis Digital. And now, he has forayed into writing as the author of Driven.

Driven is essentially Dhingra’s personal journey to leadership and the lessons learned along the way. Underscoring the importance of attitude in success, Dhingra urges the reader to develop a growth mindset that can help improve performance with efforts and a person’s capacity to adapt. In his interview with NRI Pulse, Dhingradiscussed various aspects of leadership, including how leaders with this mindset can get through adverse situations in challenging times, qualities of a good leader and the purpose of the book.

“The book is mainly about leadership challenges I came across, how I fixed them in the company and how I moved,” said Dhingra about the focus of the book. Dhingra believes that leaders need to strengthen their leadership style and increase their ability to respond quickly. Driven also highlights the soft skills required for leaders to succeed in this complex and ever-changing business world. The title, he notes came through his own circles who often described him as ‘driven’.

What were the challenges he faced as a maiden writer and publisher?

“I used to write blogs as a hobby apart from working. And in my childhood, I used to write the small stories, generally, fiction,” Dhingra recalled. Connecting everything he had written in pieces and presenting it as an integrated and consolidated unit, Dhingra said was one of the challenges he faced in writing a book. He also found it challenging to work with editors who mostly worked on fiction and changed the meaning of what he was trying to say in the process of editing.  It took him 14 months to complete the book.

“It’s not what you achieve, it is about how you achieved it,” stated Dhingra about a leader working at the ground level, to reach the top results. Emphasizing the importance of taking care of employees, Dhingra said that “being a person who was responsible for the people and taking care of them in the process of achieving success is more important for a leader than just getting the results.” Being at the ground level, he explained is to understand their pains, their challenges and the leaders’ responsibilities in handling those situations.

What’s the secret of dealing with people? “Be honest, truthful. That’s the mantra – be clear, straightforward,” said Dhingra.

Would Dhingra advise someone to stay with a company long-term, the way he did with NIIT and why did he stay that long? The key to staying so long, Dhingra noted was enjoying the work he did for the company and the fact that he re-invented himself, working in newer arenas within the company.

When Dhingra joined, NIIT was an educational institution and he worked in that area, and then he moved to software, and after setting up offices in London and Singapore, came to the US where he jumped onto a completely new boat of marketing, delivery. Dhingra went on to restructure the company, the company became a separate organization. He bought companies and merged them and did larger deals for the company. “I stayed as long as my values, my core values and the company’s values were alignment,” stated Dhingra. His advice – “Stick around as long as you enjoy it. And if you are doing well, give back to society, give back to the company, and do the right things.”

Is leadership a destination? Not for Dhingra. “Learning never ends,” he says, citing his own journey treaded with some tumultuous paths and diverse set of challenges.  “I was the boss of maybe 5000 people across the globe. And I had a management team of 50 in the US. And things are getting done. But when I started my own business, I was back to what I was 28 years back, setting up my own computer and doing everything myself.” In doing that, Dhingra says he has to learn all over again but eventually ventured as an advisor to a few startups in Atlanta. The same, he says applied to the times when he changed leadership roles in designing, innovating, building and marketing arenas.

“Experience is a good teacher,” observes Dhingra adding, actions define and create a leader. “Nobody’s born as a leader, and nobody can teach you the leadership,” he said when asked if people are born leaders or if leadership can be taught.

What are some of the desirable characters in a good leader? Clarity of thought and communication of ideas with lucidity is key, notes Dhingra. “And then to inspire them to implement the idea.” The most important aspect of any successful leader is his ability to build long lasting relationships, he adds. To make measured decisions and stick by them, he says are also necessary.

Exploring new avenues, Dhingra says is what drives him. As much as success drives him to push ahead, Dhingra notes failure does too. “If you are always successful, you don’t learn,” he said. Success is always sweeter when one has failed, he ruminates.

Idealistic, earnest, empathetic, and enthusiastic, Dhingra is the kind of leader I would absolutely aspire to be and most certainly love to work for. If you are looking to be Driven in the right direction and along the right way, go grab your copy today.