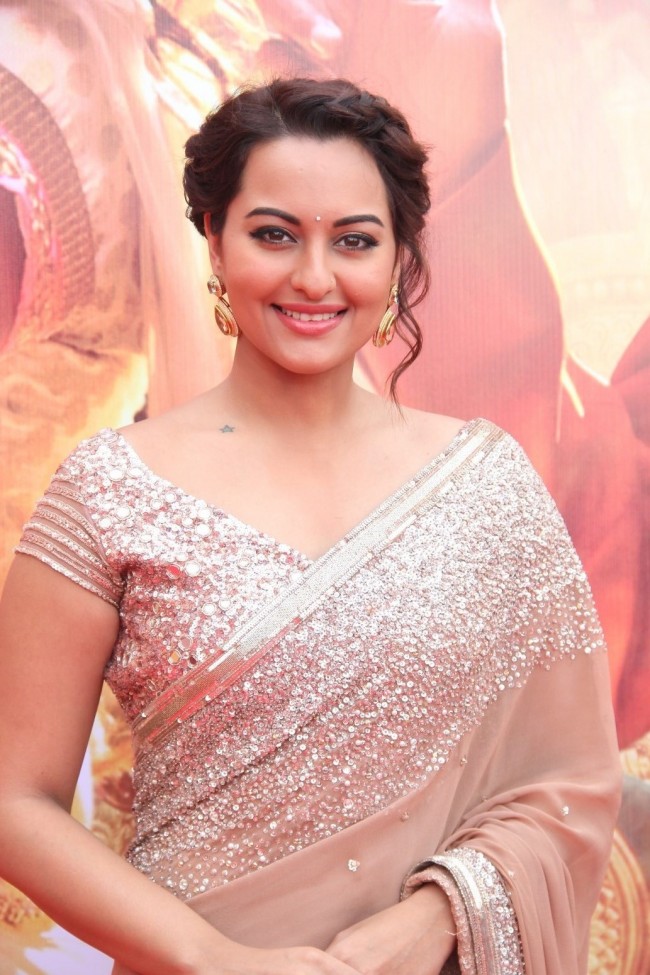 “I would love to do more projects (down south) provided I get good scripts,” Sonakshi told IANS in an interview.

“The southern film industries are rich in content, which is why so many of their films get remade here (in Bollywood). I definitely don’t want (my southern film career) to end with ‘Lingaa’,” she said.

Sonakshi may be a newcomer to the southern filmdom, but she has already developed a sort of relationship with the industry by starring in five Hindi remakes of south hits – “Dabanng”, “Rowdy Rathore”, “Son of Sardaar”, “Holiday: A Soldier Is Never Off Duty” and upcoming “Tevar”.

Also, four of her films so far have been with southern filmmakers A.R. Murugadoss and Prabhudeva.

Therefore, working in “Lingaa” wasn’t any different for her, except the language.

“After working in so many southern remakes, I think I’ve developed a sense of familiarity with the way things function here. The only new challenge was to speak a language I don’t speak or understand and look convincing doing it,” she added.

“Lingaa”, which releases in cinemas Friday, wasn’t the first Tamil project Sonakshi was offered. In fact, she was offered films in Telugu and Kannada in the past.

“I wasn’t able to take up those offers because of my commitments in Bollywood. Just like how ‘Dabangg’ was an offer I couldn’t refuse, even though I never wanted to be an actress, so was ‘Lingaa’,” she said.

She admits Rajinikanth was a “driving force” in her decision to act in “Lingaa”.

“I was stunned by his simplicity and humble nature. He is a wonderful human being and truly a rare gem of a person,” she said.

But did it ever concern her that she was paired with a hero who’s in his sixties?

“It did cross my mind, but the role was such that it would not put either of us in an awkward situation,” she said, and added that since Rajinikanth and her father Shatrughan Sinha have been friends for many years, steps were taken to ensure nothing ever made her uncomfortable.

In “Lingaa”, which is directed by K.S. Ravi Kumar, Sonakshi plays a character in the 1940s. She clarifies that the role won’t be similar to the one she essayed in Hindi period romance “Lootera”.

“I played a Bengali in ‘Lootera’, which was an intense love story. In this film, I play a south Indian in a patriotic zone,” she said.

The most fascinating part of her role, Sonakshi said “was speaking a new language, donning a new look, and being part of a completely new era”.

Despite being alien to Tamil, Sonakshi was lauded for her perfect lip sync in the film’s trailer.

How did she do it?

“My director, his associates and our writer actually made it very easy for me to pick it up. I was allowed to read it off placards or be prompted while speaking. Also, having worked with Tamil units before helped a great deal,” she said.

Besides working with the superstar, another reason that really got Sonakshi excited about working in “Lingaa” was her association with double Oscar-winning composer A.R. Rahman.

“It feels amazing. I have been hoping that I get to work with him from the very beginning of my career and I’m glad I got the chance to do it in my first Tamil film,” she added.

Sonakshi will next team up with A.R. Murugadoss in a “woman-centric” Hindi film, while her Telugu project with Mahesh Babu has been shelved.