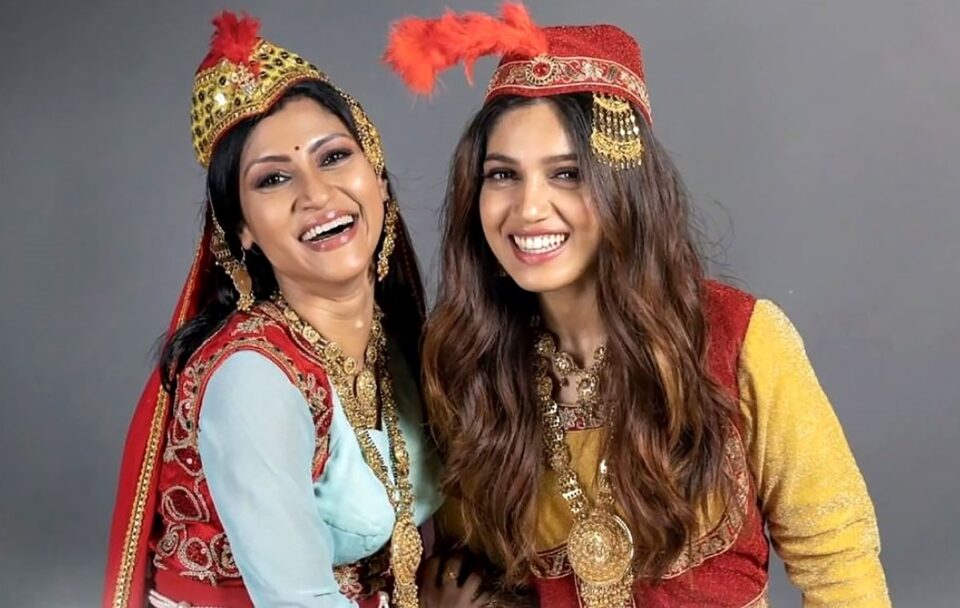 Dolly and Kitty could be any smalltown cousins. In the world of Alankrita Shrivastava, they become fictional case studies of real desires that the Indian woman of today might harbor, even as she grapples with an innate conservative mindset and a society that is still too inflexible while accepting her sexual mores.

In a way, Shrivastava was setting up a desi Fleabag of sorts, narrating the story of Radha, or Dolly (Konkona Sensharma), and her cousin sister Kajal (Bhumi Pednekar), or Kitty from Darbhanga, Bihar. Dolly (Sen Sharma) is married and a mother of two. Along with her husband Amit (Aamir Bashir), she is trying to close installments for their dream home in an under-construction Greater Noida highrise. Kajal arrives from Bihar and puts up with Dolly and family, in search of a job and life in the big city.

The fact that Dolly’s world is far from idyllic is made clear in the opening minutes, as she, along with Amit, the kids and Kajal visit an amusement park. As they pose for a family photo-op, Amit inappropriately brushes a hand across Kitty when Dolly isn’t noticing. For Kitty, the more disturbing fact is Dolly won’t believe her when she mentions the incident.

The entire amusement park sequence is perhaps meant to represent their worlds. To begin with, we find the sisters in the House of Mirrors, lost and confused and yet happy. Minutes after the incident with Amit, as Kitty tries telling Dolly about it, they are on a boat ride in the House of Horrors.

Dolly’s marriage is a sham of sorts, sexless and bereft of passion. She finds an ‘escape’ in the young home delivery boy Osmaan (Amol Parashar). Kitty, who eventually moves out from Dolly’s house, lands a job as a ‘voice operator’ at a call center that is basically all about phone sex. She draws the interest of a hospital worker, Pradeep (Vikrant Massey).

Shrivastava could (and perhaps should) have kept her focus on this linear plot while exploring themes around female sexuality. Instead, she tries fitting in too many extra subtexts.

Perhaps the director is not at fault. A story that sets out to understand female sexuality in the Indian context would invariably involves too many aspect. Dolly’s blind faith in her husband would seem an inevitable point to make, in order to understand the movement of her character arch. The initially coy and confused Kitty will take a while to understand men, and the narrative will dwell upon her encounters.

Those instances, perhaps, were still in sync with what the film sets out to be. What really hinders the flow are the several other issues that Shrivastava tries highlighting, which distract the core narrative. Parallel focus is trained on saffron-clad goons who go after lovers and shady child control clinics. Focus is allotted to rampant urbanisation in the NCR. For no apparent benefit to this particular storyline, one of Dolly’s sons plays with dolls and likes dressing up as girls do.

As Shrivastava earnestly tries doing justice to her various subtexts, you realise she has erred in selecting the right storytelling format. Her urge to narrate so many varied ideas and themes in one project perhaps demanded a fullfledged web series of multiple episodes, rather than a two-hour film.

As a storyteller, Shrivastava seemed more in command of her craft with her last feature, the 2017-released Lipstick Under My Burkha, a film that has come to be her calling card. Somehow, the effortlessness of that film is lacking here, as is the engaging storytelling.

Shrivastava’s latest basically has two areas that deserve wholehearted applaud. First, the intent. Few films tackle the subject of female sexuality and try understand it in India. Although not very assuredly, the film does open up scope for conversation on the issue.

The second thing that endears the film is its cast. When an aptly-cast set of talented artistes gets going with unusual characters, cracks in narrative and cinematic execution usually get covered up.

AK Vs AK: Quirkiest film Bollywood made this year