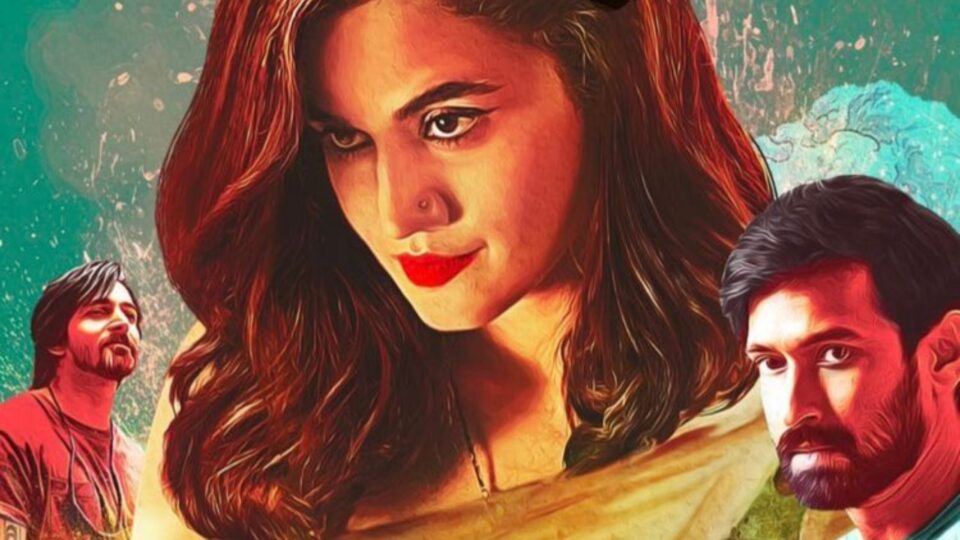 Hand it to these guys — you’ll get the pun in that statement once you’ve watched the outrageous end — but this is one wild Bollywood thriller. The film is fun to watch for the way it leads you on before turning the plot on its head, and it’s smart in the way it invests 135 minutes of storytelling to mix suspense and wry humor.

Kanika Dhillon’s writing is as much the ‘hero’ of “Haseen Dillruba” as Taapsee Pannu, who breathes life into the titular protagonist with trademark relish, or Vikrant Massey — just give the guy a meaty role and watch him go. That’s not to say there are no rough edges in the script, you’ll spot plenty of loopholes here. But despite glitches, “Haseen Dillruba” regales sufficiently and there few dull moments. Importantly, the film underlines the changing whiffs of storytelling in mainstream Hindi cinema.

Delhi girl Rani Kashyap (Taapsee Pannu) has the enormous dilemma of having to pick one of two candidates as groom, who seem far from her idea of Prince Charming. The guy from bigtown Mumbai is, well, bald. The other suitor is an engineer with decent looks, but he lives in boring Jwalapur. Between bald and boring, Rani settles for the latter. An amusing ‘ladki dikhaai’ sequence later, Rani is married to Rishu (Vikrant Massey), the nice guy from Jwalapur.

All of the above, incidentally, is a crisp flashback that follows the point where the film begins. The film starts off showing us Rishu’s death, in a cylinder blast at home when Rani has just stepped out for the market. The local inspector (Aditya Srivastava) believes Rani is the killer as does most of the ‘mohalla’, as does Rishu’s buddy Afzar (Ashish Verma). Moving in time cycles between flashbacks and the present, Rani’s narrative tells you why — she had a torrid fling with Rishu’s handsome cousin Neel (Harshvardhan Rane) when he arrived in Jwalapur to river-raft for a few days. The entire neighbourhood was soon aware of the fact.

Nothing that goes on in this story actually prepares you for the end. If the test of a thriller lies in keeping its audience guessing, “Haseen Dillruba” would pass the test. The end could seem over the top, but that’s probably why it’s fun to watch.

The film is more than about its thriller quotient. The psychological play of emotions in the relationship drama between Rani and Rishu, Rani and Neel, or Rani and her in-laws in the flashback portions maintains a humorous tempo, and is deftly balanced by director Vinil Mathew with the suspense narrative of the present. The film isn’t a technical marvel but cinematography (Jaya Krishna Gummadi) and editing (Shweta Venkat) have done an adequate job capturing the overall mood.

Taapsee Pannu is impressive in bringing alive Rani in all her strengths and foibles. Harshvardhan Rane as Neel and Aditya Srivastava as the investing cop are effective, while Yamini Das and Daya Shankar Pande as Rishu’s parents get ample space to excel, though their inexplicable absence from the latter half definitely marks a loophole in the writing.

The act that resonates thanks to his nuanced precision comes from Vikrant Massey. He gets to travel a complete arc as Rishu and makes the most of it, consuming screen space with a slow burn impact. Understated in his shift between the moods his role demands, Massey proves once again he is among the most underrated actors around.