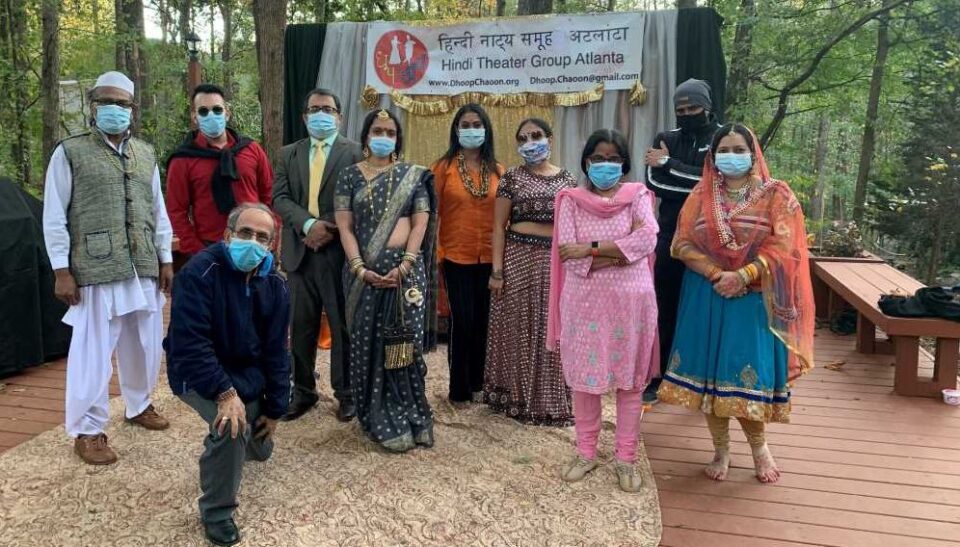 Atlanta, GA, February 25, 2021: Dhoop Chaoon, a leading Hindi theatre group based in Atlanta, which has been entertaining people for 14 years, recently took experimentation to a new level. Their latest presentation was in the form of a 3-episode web series, ‘Bollywood Banaam DhoopChaoon’.

In light of the current pandemic, the director and writer, Sandhya Saxena Bhagat, wanted to present a light-hearted comedy with the intention of providing wholesome entertainment loaded with humor and nostalgia. What better way to connect with the audiences than Bollywood!

“Bollywood has had an immense role to play in spreading the language of Hindi around the world “, says the director of this play. Thus, I chose this as the theme and built the story to showcase some of Bollywood veterans who have left an indelible mark in the film industry. Highlighting the signature styles of different actors and actresses of yesteryears and today’s superstars; this series has many light and nostalgic moments to it.

It is evident that the actors have done immense research to prepare for their respective roles where they attempted to step into the shoes of these famous doyens of Bollywood.  The entire crew had a very memorable time reprising the roles of their heroes.

It was a quite different project and a challenging one too, given the restrictions with respect to social distancing and mask mandates. The project felt like shooting 3 short movies in a short span of time in addition to the COVID challenges. They premiered as a weekly release over a period of 3 consecutive weeks. But, just like the previous 3 “e-Nataks” (“Ek naav ke swaar”,“Nirupaji ka Laal”, “Bade Ghar ki Beti”), presented by Dhoop Chaoon last year, this series was another new avenue for creative exploration.

The help provided by the backstage volunteers was invaluable. They  include Puneet Bhatnagar, Gandharv Bhagat, Kartikay Bhagat,Swayam Sarkar and Swati Mistry. Special thanks to Shailesh Lakhtakia and Dharamvir Singh from the Indian Consulate and Mustafa Ajmeri, Aslam Pervez,  Raktim Sen for gracing the occasion of the Web Series via Zoom.

Dhoop Chaoon is off to a great start this new year with this latest offering. Looking forward to many more such innovative forums to provide wholesome Hindi Entertainment for the family.