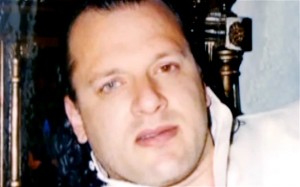 Chicago, Oct 26 (IANS) A Danish journalist says barely a week after the Nov 26, 2008 terrorist strikes on Mumbai, David Coleman Headley, their most high-profile Chicago plotter, was “bragging” about them in an email forum. What seems remarkable about Karre Sorenson’s finding is the extent of Headley’s involvement in the planning of the Mumbai attacks and who also justifies the Mumbai killings, calling them “retaliation” for the wrongs done in Kashmir and even Afghanistan.

Karre Sorenson, a journalist with the Jyllands-Posten newspaper, has just published a book about a particularly brutal but abortive plot by Headley against his own newspaper. Although the 350-page book in the Danish language titled “Halshug”, which means behead or decapitate in Danish, focuses mainly on the conspiracy to attack the newspaper offices in Copenhagen, it also contains 80 pages about the Mumbai attacks.

“I’ve gained access to all 9,000 emails on the email-forum for old students of the military academy that Headley went to in Pakistan. More than 300 of them are written by David Headley; most of them between the years 2008 and 2009. These emails show us a great amount of details about Headley and his state of mind. The emails tell of specific stories or events in Headley’s life. And they also show us his brutal words about Denmark and India,” Sorenson told Hi India newsweekly, published from here, in an email interview to coincide with the publication of the book.

The 300 odd emails by Headley that the journalist went through suggested how well-informed the Pakistani American was. “It (the exchange) also shows that Headley wrote personal information about the attackers of the Mumbai attack not long after the attack, information that he probably got from his contacts within the LeT (Lashkar-e-Taiba).”

He just couldn’t resist bragging about it. So Dec 3 2008 he wrote: “Yes, they were only 10 kids, guaranteed. I hear 3 of the kids were Hafiz and 2 were married with a daughter each under 3 years old.”

Hi India has a copy of the particular email, which is part of ‘Halshug’ published by Denmark’s People’s Press. The content of the email is a broad indictment of India for its conduct in Kashmir as well as what followed the demolition of the Babri Masjid in 1992.

In a particularly harsh passage, Headley says, “Our opinion here is that the casualties in Mumbai are should (sic) really be taken as Collateral Damage from the Daisy cutters (bombs) that have been falling in Afghanistan as well as the over 70000 dead in Kashmir over the last 20 years at the hands of the Terrorist Indian Army. As you can see that more than 500 commandos had a hard time containing 10 kids. These pieces of shit have no stomach for a fight. All their valor is reserved for the girls in Kashmir.”

Sorenson, who covered the Chicago trial and conviction of Headley and his childhood friend Tahawwur Hussain Rana in 2011, said he had been “most interested” in Headley’s focus on Denmark. “This is probably the most serious threat Denmark has seen in terms of modern day terrorism, so there has been a look of focus on how far the plan had progressed, and what actually had happened.”

The threat in question was constituted by the plot hatched by Headley with apparent blessings of the LeT against Sorenson’s newspaper offices in Copenhagen and Aarhus. The attacks were in retaliation for the newspaper’s 2005 publication of cartoons, which Muslims considered insulting to the Prophet Mohammed. One of the elements of the abortive attacks, which was deliberately meant to stun the world, was to behead captives at the newspaper and throw their heads on to the street in Copenhagen. The idea behind this macabre plan was to provoke the Danish authorities into a strong, possibly military, response.

Sorenson said the Headley plot has resulted in “very tight security” at all their facilities but did not dwell on the details because of its sensitive nature. However, he said the book does not talk about how the plot might have influenced Denmark’s national security policies.

Asked how he assessed the role played by Rana in the Denmark plot, Headley’s closest childhood friend and a Pakistani army doctor who became Canadian and later a permanent resident of the US, Sorenson said, “I think it’s clear that Rana knew that something was going to happen in Denmark. But there are still many questions about Rana that I would like to have answered. Hopefully, we will know more about him if he at one point decides to talk to the press.”

Headley, born Daood Sayed Gilani but who later changed his name, was sentenced to 35 years in prison after he pleaded guilty to his involvement both in the Mumbai and Denmark plots, while Rana was sentenced to 15 years for his role in the Danish newspaper plot.

US house resolution commits to working with new Indian government