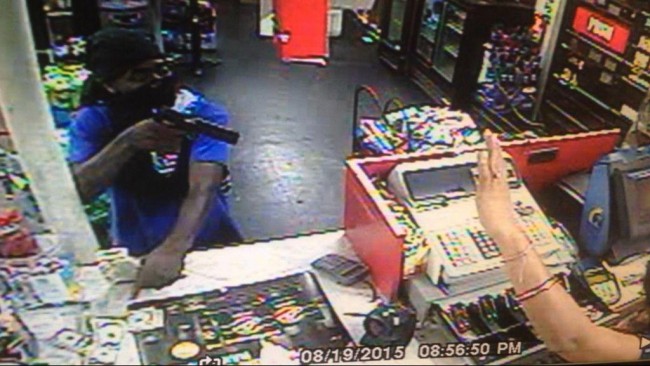 Washington, Aug 21 (IANS) A convenience store owned by an Indian-origin couple in North Carolina’s Gastonia city was robbed by a gun-wielding man, a media report said.

Jacob’s Food Mart at 1406 Gaston Avenue in Gastonia, owned by Baki and Sanjay Patel, was robbed, The Gaston Gazette reported on Thursday.

Baki was alone when the man armed with a handgun entered the store around 9 p.m. on Wednesday and demanded that she hand over all the cash she had. The robber escaped with more than $1,300 in cash, according to police.

The surveillance camera captured the robbery. The footage shows Baki putting her hands in the air when the man pointed the gun at her before collecting the cash and escaping.

The suspect has been described as a black male who wore a blue T-shirt and had a bandana covering most of his face.

Police have launched a manhunt for the robber.