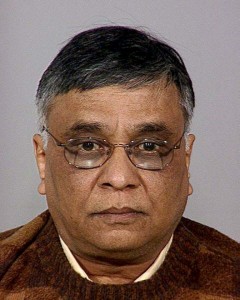 Sydney, Nov 15 (IANS) Australian prosecutors have dropped all charges of medical negligence, including the deaths of two patients, against Indian-origin surgeon Jayant Patel and he is likely to be able to return to his home in the US next week.

Counsel for the Queensland Director of Public Prosecutions(DPP), Peter Davis, told the Brisbane District Court Friday that the prosecution would not pursue Patel, 63, on charges of killing Gerry Kemps, 77, and James Phillips, 46, and causing bodily harm to Ian Rodney Vowles in the Bundaberg Base Hospital in Queensland, the Courier Mail reported.

Davis told judge Glenn Martin that Director of Public Prosecutions Tony Moynihan believed it was not in the public interest to proceed against Patel on the medical negligence charges.

“On Patel, I stand by the actions of my government in trying to bring justice to this matter and the people of Bundaberg. I am disappointed,” Peter Beattie, who was premier of the Australian state of Queensland when the Patel case came to light, tweeted today.

“I am disappointed by how this matter has been handled since I retired. Clearly the current government is not up to the job,” the Courier-Mail quoted Beattie as stating.

“Sadly this matter is now out of my influence so there is no point commenting further.”

Moynihan said in a written statement that he had decided not to proceed because the prosecutor could not satisfy the requirement of proving the alleged negligence to the criminal standard.

“I have had to decide whether Jayant Patel should face a fourth trial for allegedly causing death or grievous bodily harm through criminal negligence,” the DPP director said.

He said that in the re-trials the defence presented credible evidence from medical experts and the prosecutors were not able to satisfy the requirement of proving the alleged negligence to the criminal standard.

“In all the circumstances, including those above, I have decided that it is not in the public interest to continue the counts alleging criminal negligence against Jayant Patel,” he said.

Following the decision of termination of the case, former patients of Patel and their relatives have given mixed responses.

Gerry Kemps’ widow Judy said she was “relieved” and “happy” to finally see an end to the case.

“I wanted an end and this is great news,” said Kemps.

However, patient advocate Beryl Crosby expressed displeasure over the verdict saying that hundreds of patients and their families were being denied justice and would be devastated.

“It’s just devastating for those patients because at the end of the day there is no justice,” Crosby said.

Ian Vowles, 66, whose colon and rectum were allegedly unnecessarily removed by Patel in 2004, and after which he became impotent, said he was both relieved the Patel chapter would soon be over but disappointed at the outcome.

Vowles said he told the DPP he was willing to proceed against Patel again.

Jamnagar, Gujarat-born Patel had a controversial tenure in the Bundaberg Base Hospital from 2003 to early 2005, during which over 80 deaths were linked to him and 30 patients died in his care.

After that, he left for Portland, Oregon, in the US.

He was, however, extradited to Australia in 2008 to face trial.