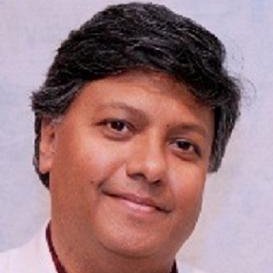 Atlanta, GA: A 2013 yearend gathering of Georgia Indo-American Chamber of Commerce (GIACC), its board and members, was hosted at the Conference Hall of the Law Offices of Kumar, Prabhu, Patel & Banerjee. Despite stormy weather with heavy rains, a committed crowd showed up in their finest, to network and enjoy Bhojanic’s delicacies.

After enjoying the networking opportunities and enjoying the delicious food, the meeting was called to order by the current Chairman Dr. Ash Thakkar. He spoke of the history of GIACC and the evolution the organization has witnessed. He introduced President David Gault to recapture the events of 2013. David, went through the highlights of the year, which were great and reassured of his commitment to continue supporting the organization in the coming years.

He then introduced the President-Elect Viren Mayani to say a few words. Mayani introduced three new members that he had brought with him to the meeting, after which he gave a glimpse of what he expects the organization to do. “I want us to think of GIACC as an organization of ideas not just an organization of members. If we have solid ideas, members will gravitate”, he said. There were six open slots for Board Members, who were promptly nominated and seconded and unanimously approved by members present, to include:  Kamal Parag, (HAW CPA’s), Neera Bahl (Neera Bahl & Associates Law Firm), Marilyn Pearlman (A PR Consultant), Aruna Rao-McCann (Medical Referral Agent) and 2 returning Board Members; Dr. Govind Hariharan (Executive Director of the ICA Institute, KSU) and Dr. Ash Thakkar, (President, GlobalTech).

Most all of Mayani’s slate for the Executive Team members was also unanimously approved, barring a delay for the chair person, which also got approved a week later by a conference call by all parties concerned.

The 2014 GIACC Executive Committee includes: Chairperson Teri Simmons of the law firm Arnold Golden Gregory (AGG for short), President Viren Mayani, President-Elect Unmesh Mishra of Larsen & Toubro Infotech, Vice President Sonjui Kumar of the law firm Kumar, Prabhu, Patel & Banerjee (KPPB for short), Treasurer Jay Kalke and Secretary Aruna Rao-McCann. With the high energy and experienced Executive Team, wholly supported by the fully vested 17 member Board, GIACC continues to surge northwards with excitement and a promise to enhance business and economic ties between Georgia and India. It is further enthusiastically with the new Indian Consulate in Atlanta for the southeastern United States of America, which support cannot be undermined under any circumstances. Continue to lookout for opportunities to get engaged with and take advantage of, in the coming year.