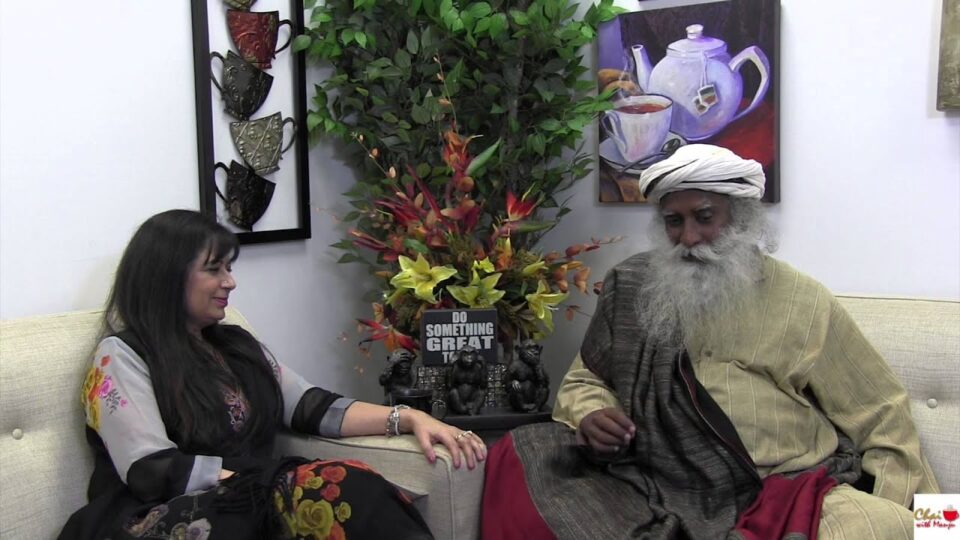 Dr. Manju Sheth, a physician at Beth Israel Lahey Hospital, has had a very successful career in the Indian-American media industry. Her popular talk show Chai with Manju recently celebrated 10 years of episodes filled with bold conversations and riveting guests.

Dr. Sheth has interviewed singers such as Shreya Ghoshal, Masterchefs such as Sanjeev Kapoor, and politicians such as Senator Elizabeth Warren and Joe Kennedy. She has also interviewed many spiritual leaders such as Sadhguru, Sri Sri, Sister Shivani and visionaries like Sudha Murthy and Desh Despande– the list goes on.

Dr. Sheth spoke to NRI Pulse of her feeling of pride and joy when her show celebrated its 10th anniversary.

“There’s no greater joy than seeing your baby grow. This show was something I have completely challenged myself for over the years, interviewing celebrities around the world and learning new skills such as the art of virtual interviews when COVID happened,” she said. “So, when our publisher did the 10-year anniversary story, I was very touched to see that some of the biggest leaders of our community wrote such wonderful words about the series.”

Sheth started her journey in the media industry through a column titled “Movers and Shakers in Medicine,” a series focusing on interviewing prominent medical professionals in the Boston area.

The success of the series soon led her to pursue Chai with Manju, which has grown to have millions of viewers and readers from around the world and is reputed to be one of the best Indian-American talk shows.

Dr. Sheth has a very specific philosophy when it comes to how she structures her show. She chooses to focus on the individuals behind the successful personas and truly have a conversation about their struggles and growth. This open and honest style of conversation is most likely what has kept over 2 million people watching the show for over 10 years.

“When I started the show, my concept was that I was not going to do any kind of show that was controversial and instead focus on positivity,” she explained. “The common thread between all of these people is that they’re all very successful, and it has not come easy to most of them. They have very unique challenges, and what I wanted to know is how they have overcome those challenges, how they succeed, and how they feel once they have gotten where they wanted to.”

Sheth also spoke about some notable guests that gave her very unique memories, such as Sonu Nigam, who was extremely energetic and kind during the interview despite having a long and exhausting flight just prior. Additionally, she also thanked Spiritual Leader Sadhguru who chatted with her a few hours after her interview, sharing inspirational life experiences and helping her get over the grief of losing her parents. She also mentioned how much of an honor it was to speak with people like Captain Zoya and Dr. George Abraham, saying that she had a “soft spot for people who make history.”

“When I interview these celebrities, I feel like they may be the busiest people in the world,” she explained. “But, when they give me that time, those 30 minutes, there is no one else in that world except them and me. And to get that from someone, to get that gift of time, is the biggest gift of all.”

In addition to Chai with Manju, Sheth also co-founded the platform, Women who Win along with her daughter Shaleen and Dr. Deepa Jhaveri. The global media company covers prominent women, especially those in the Indian-American community, and their achievements. Every week, the platform features interviews with successful women across several fields spanning from medical, artistic, to cinematic.

Women who Win also offers resources to empower women across the globe, a big part of which is the Mentorship Career Program. Run by Shaleen Sheth, this free program pairs mentees with mentors already successful in their field and allows them to receive a certification at the end of their journey. They are also excited about The Shoe Project, a philanthropic initiative that helps educate women on podiatric health and allows them to gain access to quality shoes.

“Our focus is on sharing the stories of women who have overcome external challenges to fulfill their dream, because we feel that everyone has a dream,” she mentioned. “Deepa is a podiatrist, so we decided philanthropy and something in that direction would be very important to us. It was our way of doing something really worthwhile to the community.”

Dr. Sheth has dedicated a lot of her time to this initiative and hopes to grow it with more partners and programs in the future. She is also excited to continue both her medical career and Chai with Manju, as her love for the media industry isn’t leaving anytime soon. She loves her audience and hopes to widen the horizons of all her viewers through her guests.

“People who watch the show should feel that they know the person I’m interviewing, the challenges they’ve faced, and how they enrich their lives and those of others. At the end of the day, what you find when you watch my show is that you leave with good feelings, hope and optimism,” she concluded.