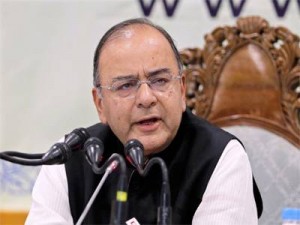 The US-India Business Council (USIBC) said Thursday it commended several of the reforms put forth in the budget, especially lifting the FDI cap in insurance, as well as policy reforms to reduce transfer pricing challenges and encourage infrastructure investment.

USIBC is the largest bilateral trade association in the US comprising 300 of the top-tier US and Indian companies.

“We commend the finance minister for his leadership and welcome these pragmatic, business-friendly policies,” said Diane Farrell, acting president of the USIBC. “US companies remain committed to being a long-term partner in India’s growth story.”

USIBC said it hailed the announcement of the insurance composite FDI cap being lifted to 49 percent without any voting rights restrictions as a “sea change” indicator to the global business community of the new government’s resolve to improve the investment climate and create jobs.

Maintaining that any retrospective taxation is harmful to India’s business climate, USIBC said the industry was eager for further positive clarifications on this matter to provide imperative tax certainty for investors.

On infrastructure, USIBC applauded the announcements “made on bolstering Smart City development and public-private partnerships in airports — both of which American businesses stand ready to support with capital and expertise”.

Meanwhile, the US-India Political Action Committee (USINPAC), described as the political voice of Indian-Americans, also welcomed the increase in FDI cap in defence and insurance sectors.

“Increased FDI in defence means not only more equity investments coming into India, but more importantly the technology transfer that will accompany such investments,” Sanjay Puri, USINPAC chairman,said.

“Both of these developments are indeed commendable and global investors, including from the Indian diasporas, will now be encouraged to participate in the development of the defence and insurance industries of India,” he said.