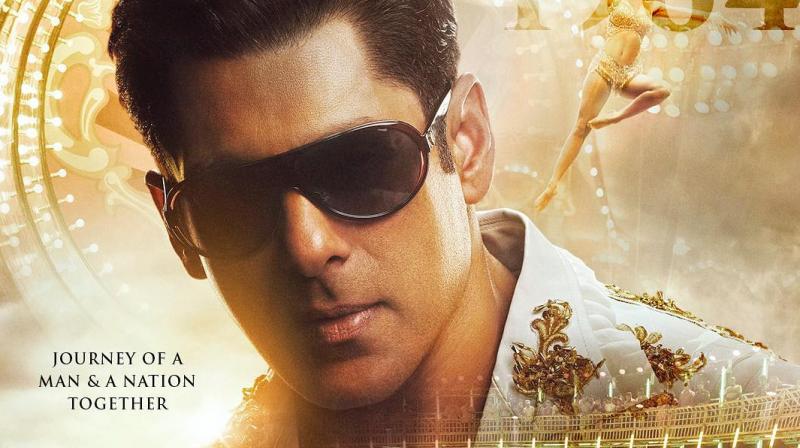 New Delhi, May 12 (IANS) India’s love for cricket may not eclipse its love for films after all in the forthcoming World Cup season. While Bollywood’s slate includes Salman Khan’s “Bharat”, Shahid Kapoor’s “Kabir Singh” and Sonam Kapoor’s “The Zoya Factor”, Hollywood buffs have a heady mix of franchise entertainers to look forward to.

The World Cup begins on May 30, and will end on July 14 in England.

Bollywood has lined up supernatural horror film “Khamoshi”, starring Tamannaah Bhatia, for May 31, which is also when “Godzilla II: King Of The Monsters” will release.

The much-awaited “Bharat” is Salman’s Eid treat for his fans. Directed by Ali Abbas Zafar and co-starring Katrina Kaif, the movie will release on June 5.

Salman knows India’s heart beats for cricket, and he ensured he made use of the finale of the T20 cricket league Indian Premier League (IPL) fever to be on a show with Katrina and Sunil Grover to promote his film, which will release in the midst of the World Cup.

“It is important to be part of all the major shows and events to ensure a wide reach for the film. ‘Bharat’ being one of the biggest films of this year, promoting our film on India’s biggest cricket league is essential. Salman hopes to get maximum eyeballs with the show,” producers Atul Agnihotri and Bhushan Kumar said in a joint statement.

“Bharat” will pull the audience to theatres, according to Mohan Umrotkar, CEO, Carnival Cinemas.

“The World Cup will not have any adverse impact on business. India is a cricket loving nation, but it also loves Bollywood. Cricket is still not a (source of) family entertainment, but films are the only source of family entertainment. Considering it’s the holiday season, we see films will do better business than last year.

“With Salman back in his action mood, we believe ‘Bharat’ will do record business. Recent past trends suggest that if content is good, people come out in numbers to watch their favourite stars. With a line-up like ‘Bharat’, ‘Kabir Singh’ and ‘Toy Story 4’, we don’t see the World Cup having any impact on business,” Umrotkar told IANS.

In distributor Rajesh Thadani’s opinion, some impact may be seen on the movie business.

“But if the content of these films is good, they will not have any issue, except a slight dip on the days when India is playing,” Thadani told IANS.

An interesting Bollywood release would be “The Zoya Factor”, as its plot hinges on a girl who turns out to be a lucky charm for the Indian team during a World Cup. The movie, featuring Sonam and Dulquer Salmaan, will hit the screens on June 14.

The Hollywood calendar is enticing with franchise films.

NRI PULSE VIDEO NEWS! HAVE YOUR SUBSCRIBED YET?