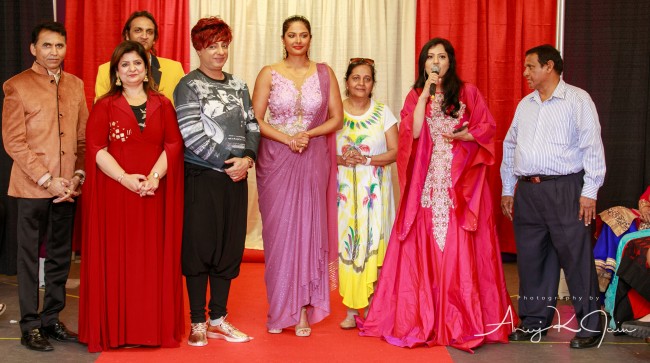 Atlanta, GA, September 6, 2018: When silks and georgettes, zaris and zardosi, and gems and jewels all come together, then the talk and the walk becomes all about glitz and glamour. One such afternoon was recently set up to bring to the Atlanta fashionistas the latest in clothing, jewelry and styles at the first ever runway and entertainment show.

The fashion exhibition for Rohit Verma was held at Simran’s Designer’s Studio by Kavita Bathija. 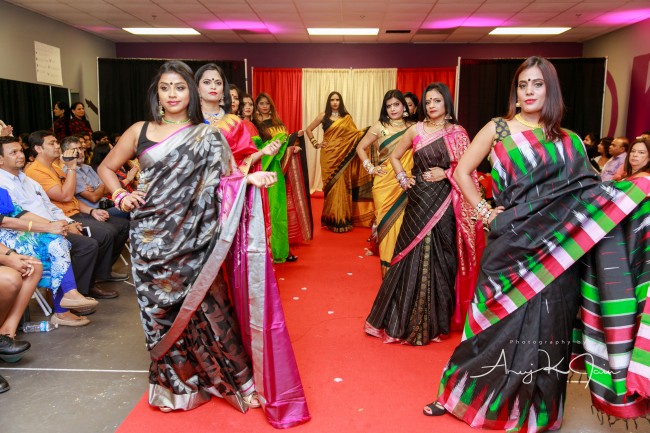 During the program intermission, Chief Guests Rohit Verma and Priyanka Shah graced the show and addressed the audience. Paparazzi time it was.

While the audience enjoyed watching the teen and youth models stylishly posing in Indian traditional outfits, the semi casual wear in the pallets of olive green rocked the Runway too.These were then soon contrasted by orangey-pink hues of collection of silken drapes flown around gracefully by confident youth models. The audience loved the adorable little models as well all clad in Indian lehengas, churidaars, Pathani suits and kurta/dhotis as these cuties rocked the Runway with their rehearsed catwalk and amazing confidence. The program was concluded by showcasing the pastel pink collection of cocktail wear paired with Indo-western style lehngas by all the youth models.

While our models were busy backstage creating looks and styles for each segment for the show, the audience were kept engaged by bringing to them the dance performances by some up and coming dance schools of Atlanta. Our performers included Rashmi Kondur for Ganesh Stuti, Shweta Shetty of Natyasharanam Dance Academy, Krati Jain of Surtal Dance Studio, Annu Verma of Champa Chameli of UGA, Irish Dance group by Drake’s Irish Academy and Khizer Khan Music for karaoke, and mimicry by Jay Raval. 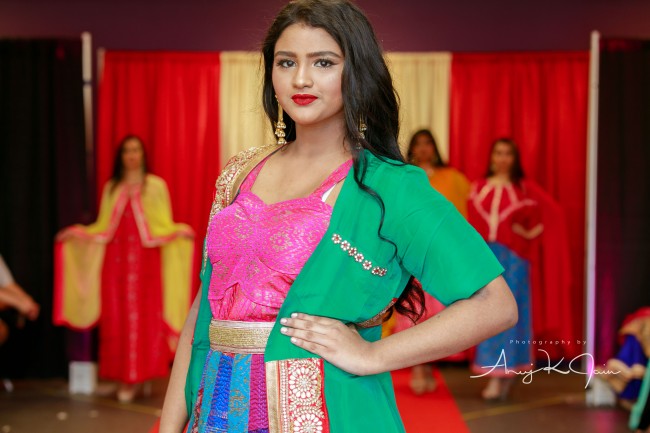 BeTheYou’s Runway show’s sponsoring designers were Simran’s Designer Studio by Kavita Bathija, Mastani Creations by Madhullika Kumar and Big Bangles by Uma Laxman. The event’s DJ was sponsored by DJ Sneha Patel. The event was emceed by Ayshwarya Sridharan and Sneha Patel. The Event venue -Drake’s Irish Academy was sponsored by Mr Karl Drake. The runway showcase music was selected and edited by Anuj K jain. The Photography and Videography for the show was sponsored by Photography by Anuj K Jain, Venkat Kuttua Photography, and Crystal Clear Productions by Devanand Kondur.  The hair and make up for models was sponsored  by Manisha Panjwani, Bhavna Shah, Rovi Mua, Karina Medelean, Carlos Escobar, Krati Jain, Sarah Virani, Shazeen Merchant and Ruchi Darji. The backstage was assisted by several parent volunteers. The event was media partnered by local print and social media companies.

BeTheYou had a strong team of 70 plus people including models, MUAs, designers, backstage assistants and supporters.