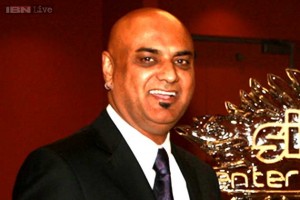 Washington, May 10 (IANS) An Indian-American Bollywood concert promoter in California has been convicted of aggravated mayhem for paying three men to maim his ex-wife last year, leaving her with permanent facial injuries.

An Alameda County Superior Court jury handed down its verdict on Tuesday after a trial, which lasted more than a month, beginning March 31. Sentencing is June 2.

Singh, who jail records show also worked as a travel agent before his April 3, 2013, arrest, faces a minimum of seven years to life in state prison.

Prosecutors said Singh wanted his ex-wife’s face disfigured because he believed she was seeing another man and that he insisted the attack look like a robbery.

Additionally, witnesses testified that Singh had orchestrated similar attacks on former business partners in the past in other jurisdictions.

Wilson, who prosecuted the case, said Singh’s wife was attacked with a hammer and a knife about 9 a.m. by two men as she attempted to get into her black Mercedes in the driveway of her Fremont home.

As she screamed for help, the men continued to attack her, pummelling her with the mallet in the face and head. The men then ran off.

The woman was treated at Regional Hospital of San Jose for cuts to her cheeks, neck and ears, which required stitches and caused permanent facial damage.

The couple divorced in January 2012 but had met on many occasions to discuss the relationship, records show.

The three men who Singh hired to attack his ex-wife each previously pleaded no contest to one count of mayhem and one of them testified against Singh at trial, Mercury News said.

US will work with whoever is India's next prime minister