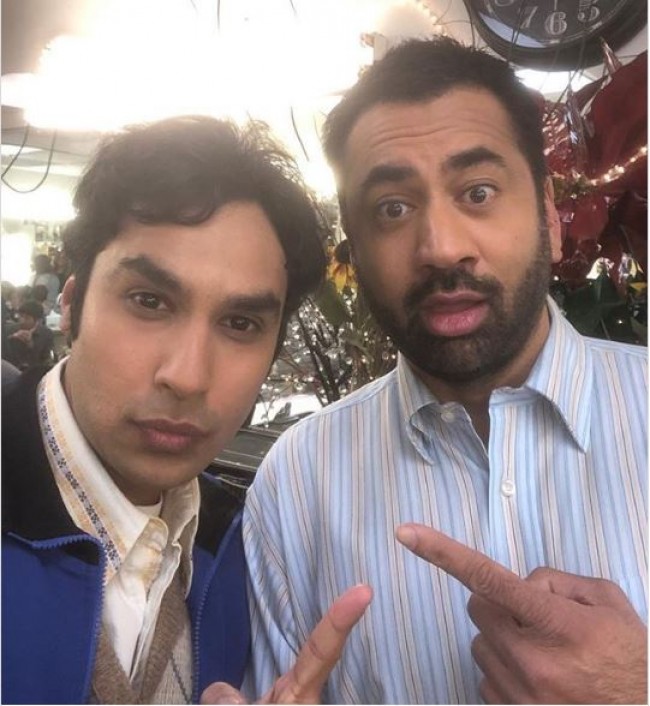 Atlanta, GA, January 18, 2019: “Big Bang Theory” star Kunal Nayyar shared a behind-the-scenes moment with fans via Instagram on Wednesday, posting a photo of himself with Indian-American actor Kal Penn, who is scheduled to appear in the popular CBS sitcom.

“When I was just a kid in college grinding away long hours training in the theater program you gave me hope that looking like me, I could make it here,” he said.

“Last night I was humbled to share the stage with you, and today I am honored to call you a friend. Thank you for being you, so I could be me.”

The actor signed off with the hashtag, “#brotherfromanothermother.”

Penn and Sean Astin appeared on the Jan. 17 episode of “The Big Bang Theory” as physicists from Chicago who prove a super asymmetry theory developed by Sheldon and Amy, who are thrilled, until they try to kick Amy off the Nobel nomination.