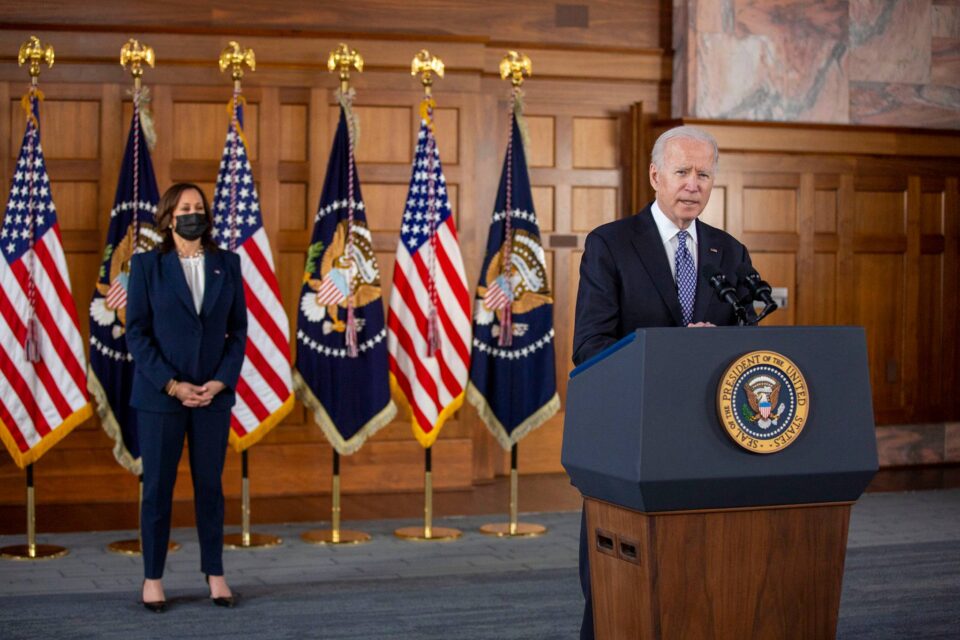 Washington, March 20 (IANS) US President Joe Biden and Vice President Kamala Harris condemned anti-Asian violence in the country, warning against silence and complicity in the aftermath of shootings this week in Atlanta, in which eight people, including six Asian women, were killed.

Speaking from Emory University in Atlanta after meeting Asian-American community leaders on Friday, Biden acknowledged there has been “a skyrocketing spike” in hate against Asian-Americans over the last year, Xinhua news agency reported.

“Whatever the motivation,” Biden said of the reason behind the massage parlor shootings, “we know this, too many Asian-Americans have been walking up and down the streets and worrying, waking up each morning the past year feeling their safety and the safety of their loved ones are at stake”.

The President lamented that the families of the Atlanta shooting victims were left with “broken hearts and unanswered questions”, suggesting that the country failed to express enough outrage about innocent Asian-Americans being targeted in the wake of the coronavirus pandemic.

“Hate and violence often hide in plain sight and are so often met with silence. That’s been true throughout history. But that has to change because our silence is complicity. We cannot be complicit. We have to speak out. We have to act,” Biden said.

“For all the good the laws can do, we have to change our hearts. Hate can have no safe harbor in America. It must stop. And it’s on all of us, all of us together to make it stop.”

Meanwhile Harris sounded the alarm over a sobering reality that racism, xenophobia and sexism are all “real in America” and have always been in existence

Harris, who herself is of South-Asian descent, said: “A harm against any one of us is a harm against all of us. The President and I will not be silent. We will not stand by. We will always speak out against violence, hate crimes and discrimination, wherever and whenever it occurs.

Eight people, six of whom were Asian and two were white, were killed in three shooting incidents in the Atlanta area by a suspect identified as 21-year-old Robert Aaron Long.

He has been arrested and charged with eight counts of murder and one count of aggravated assault.

Long claimed that the attacks were not racially motivated, and that he had a “sexual addiction” and saw the massage parlors as a “temptation” that he wanted to “eliminate”, according to authorities.

When caught, he was on the way to Florida, where he planned to commit similar crimes, the authorities added.

The carnage came amid a troubling spike in violence against the Asian-American community — 3,800 hate incidents reported in the last year, statistics showed.

Although the motive in the carnage has not been determined by police, some public officials and anti-discrimination organizations have raised concerns over the role of racism.