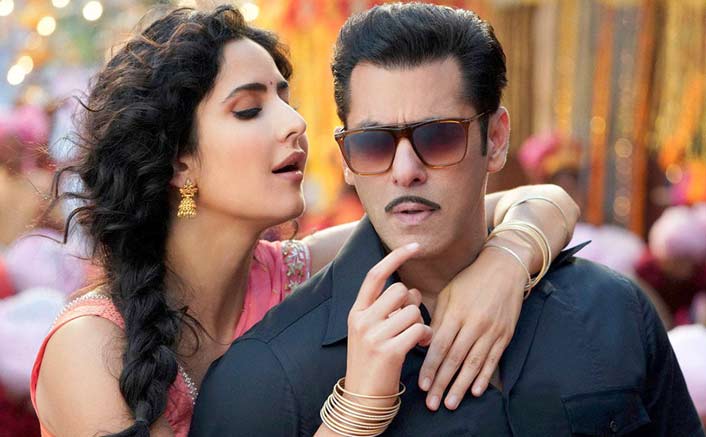 Adapted from the 2014 released South Korean film, “Gukje Shijang” aka “Ode to my Father” in the international market, “Bharat”, mounted as a comedy-romance-drama, follows the exceptional life of Bharat (Salman Khan), from his childhood to his old age.

Bharat almost seems to be a metaphor for his entire generation, a generation that lived through the Partition of India, saw the circus, was shipped off to the Gulf when oil was discovered, witnessed pirates and the construction boom.

The main driving force behind all of Bharat’s actions are to protect the family he is left with and try to find those who were left behind in Pakistan during partition.

With a frivolous script that is good in snatches, the narrative has a cartoonish quality that is interesting intermittently and soulless otherwise. The amateurish writing is unwieldy with scant regard for research and history, character design. This coupled with a sycophant’s approach to direction, the onus of “Bharat” disappointment squarely falls on Director Ali Abbas Zafar’s shoulders.

The dialogues like “Yeh sher buddha toh ho gaya, par shikar karna nahin bhul gaya”, which loosely translates to “this lion may have grown old, but he has not forgotten how to hunt” or “kya hua sexy” are bleak and delivered in the most lack lustre manner.

The mounting of the film with its brilliant production values may appear epic, but the story is like a balloon filled with hot air. The film floats as the narrative digresses to give us some laughable moments, but that takes away the joy from the sentimentality of the tale. The only moments that touch your heart are the heart-rending partition stories, at the far end of the second act.

Salman is undoubtedly charismatic, but he lacks on-screen energy. He portrays the titular character with all earnestness but fails to hit the right notes, simply because, with his heavy and husky dialogue delivery, he tries to portray a larger than life character, which in reality sounds very forced and hollow.

Katrina Kaif as Bharat’s love interest, Kumud Raina is subjected to a very unbelievable character. Initially she is shown as an executive at the National Employment Exchange and is soon seen following Bharat to the Gulf as his supervisor, where she professes her love for him. Nevertheless, in her natural anglicized accent, she carries off her part with all sincerity. Though she looks good with Salman on screen, their on-screen chemistry lacks volatility.

Sunil Grover as Bharat’s best friend Vilayti, has his moments of on-screen glory where he displays his histrionics in full form. Disha Patani in a miniscule role as Radha,a circus artiste is noticeable.

Satish Kaushik as the mumbling Captain of the Ship is an eye-sore, whereas Sonali Kulkarni as Bharat’s mother is a misfit. Jackie Shroff and Tabu in guest appearances give a boost to the film. Shashank Arora – a brilliant actor is wasted, as a junior artiste in a non-speaking role.

While the back-ground score and the music blends, the songs appear forced in the narrative.

Overall, the film fails as a human drama, patriotic or romantic.