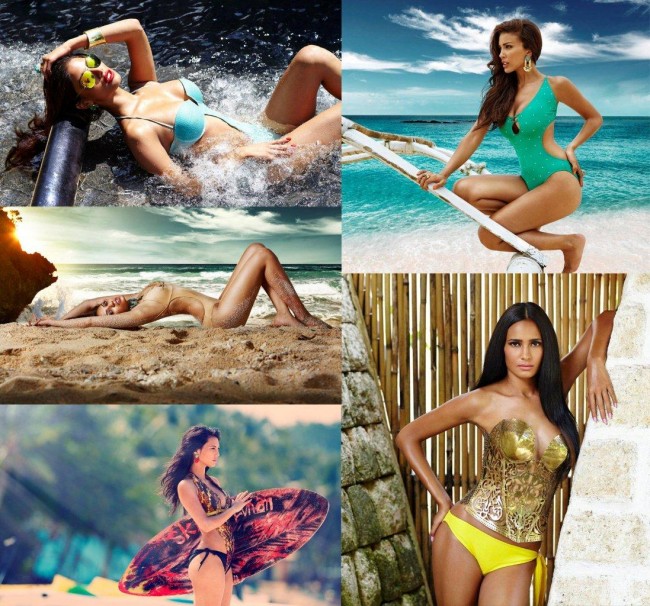 Shot in beautiful pristine locations of Boracay and Cebu in the Philippines, the beauties were styled by Leepakshi Ellawadi. International make-up artist Bianca Hartkopf worked on their looks.

“The exotic locales of Boracay and Cebu proved to be a perfect location for outdoor shooting with its unique topography, making it an impeccable and enchanting backdrop for the shoot,” photographer Atul Kasbekar, who has been associated with the Kingfisher Calendar since its inception in 2003, said in a statement.