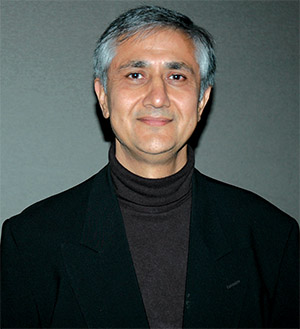 Atlanta, GA: It was Monday, March 21, 2016. I boarded a flight at 7.45 pm from Ahmedabad’s Sardar Patel Airport to Mumbai. From Chhatrapati Shivaji Airport in  Mumbai, I boarded flight 9W 0228 to Newark with a stop over in Brussels.

We landed at Brussels airport about half an hour before the bomb blasts there. I was waiting to board our next flight at gate (B-38) after the second screening. I was reading.

I had one hand baggage, which I was forced to leave behind at Brussels airport (near B-40 gate) while evacuating. I had the address tag, with my address written in a special place on the bag too! So many fellow passengers had their diabetes/hyper tension medications in their carry on luggage.

At Brussels, airport officials were in panic mode and were not ready to listen to anyone or anything! Why do we have to leave our carry on baggage? Especially when we came from an international flight and got ourselves re-checked in for next take off? We were all air passengers in transit. We had no clue.

We stood outside at Brussels airport for a couple of hours in the chilly morning with very little protection against the cold weather and no protection against Brussels Airport Authority’s mood swings. No one knew what was going on. There was no public announcement made to keep us aware of the situation. Rumors were rampant among people as there was no confirmation from the authorities. Some elderly and handicapped people felt they were receiving worse treatment than criminals. Everyone’s cell phone batteries were running low.

We were taken to a hanger in a shuttle bus. The building did not have proper heating in the minus 1-centigrade temperature. Their washrooms were not ready to accept such large numbers of people. At this point, the airport authorities tried to make public announcements. But their systems and their pronunciations made it difficult for people to understand what was being announced. Sitting there idly and not understanding a word from the PA system; people went up to the police personnel to get an idea of what was going on.

When we Brussels airport, our carry on bags were still there. The airport was under lock down. All the communications were shut down too. No one had a clue about when, where or how we would get our carry on bag back.

In the evening, they took us to another building where we slept on makeshift aluminum beds. We were too many people in that facility! The heat produced in our body protected all of us against cold weather. We had cold running water on a cold day, but the bathrooms were okay.

An elderly lady wanted to have a vegetarian food, but it was hard for people in charge at the shelter to understand that chicken and fish are not considered vegetarian food. Jet Airways personnel were there, but did not have any plan to take care of their passengers.

Everyone understands that one can’t be prepared for such emergencies. However, such emergencies do produce world-class leaders. Compassion is never taught in school, but if you show it, it would take you to greater heights.

Spending a cold night at the shelter, we woke up next day to a cold morning. The American Embassy staff came to visit US passport holders, but I did not see anyone from the Indian Embassy there to aid Indian passport holders. There were passengers from two flights at the shelter: one originated from Delhi to Toronto and the second was our flight, from Mumbai to Newark. One elderly Sikh gentleman told me that people at the Indian Embassy were busy preparing for Prime Minister Modi’s visit!

We traveled to Amsterdam in a coach that afternoon. The ride was nice, comfortable and warm. Now Jet Airways came to our rescue; we got a room in a hotel with heat and hot water. We all had a nice warm soup and went to sleep in a comfortable bed. I had my first good shower in two days.

Jet airways divided us into small groups and sent us to the airport so that we could start our journey to our destination, one step at a time. They flew us to Toronto, Canada and provided us with a hotel room there.

Finally, I landed at Maynard Jackson International Airport with a toothbrush and tooth paste provided by Red Cross and a blanket provided by Jet airways.  I am still waiting for my two checked in bags and the carry on bag to arrive. After about two weeks from the first day I undertook my journey from Sardar Vallabhbhai Airport at Ahmedabad on March 21, 2016, I still do not have any idea about my luggage and how Jet Airways will assist us in getting our stuff back.

When I wrote to the Jet Airways office in Mumbai, I was asked to follow a link to file my claim with Brussels’s airport authority, without realizing that link was not in English. Since someone responded to my email, I wrote him back requesting help with filling out the form or provide me with link in English. I still haven’t heard back from them.

I wish Jet Airways would understand the phrase “customer service”, and how to win customers over in today’s market place.