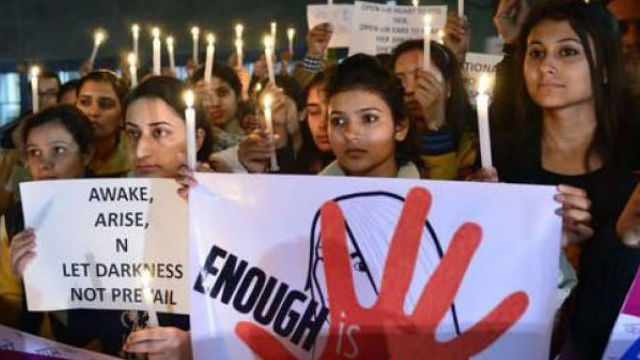 Atlanta GA, March 20: An online petition on change.org initiated by Indian-Americans and allies of India in Atlanta is gaining momentum. Here is the text of the petition that urges Modi to take action to change laws and influence mindsets to combat gender-based violence in India.

Please support the petition with your signature here.

We are writing to you as persons of Indian origin and as people who care about India. Many of us were immensely proud of our motherland when in 2014 you addressed us at Madison Square Gardens in New York. You assured us in that speech that you will create an India of our dreams.

The India of our dreams, I am sure we agree, is not one where our women are plagued by an alarming number of acts of sexual violence against them or denied their fundamental rights. We are very cognizant that this issue is by no means exclusive to India, nor is it lost upon us that statistically, many other countries including Western countries have higher reported incidence of rape. And yet, it is undeniable that an atmosphere of fear has taken root in several parts of the country that is affecting everything from the daily life of millions of Indian girls and women, and their families, to tourism and to the perceived image of India.

Many of us have family and loved ones in India. We implore you and your government to do the utmost to restore the public’s faith in law and order, and to instill a sense of safety, security, and justice. To that extent, we would like to petition you and government of India to:

1. Expand the reach of the ‘one-stop’ crisis centers proposed in the Five Year Strategic Plan (2011-2016) of the Ministry of Women and Child Development.

3. Besides legislative protections offered to victims of sexual violence, strengthen the necessary infrastructure and support system for victims by allocating adequate funding.

4. Invest further into police training and accountability, so that rape victims are treated with the seriousness they merit, and expand public awareness of the existence of Women’s Complaint and Investigation Cells.

5. Recognize that freedom of speech is an inviolable pillar of a democracy, and must not be trod upon lightly—as it was recently in the banning of the BBC documentary India’s Daughter. We recognize the potential for misrepresentation of Indian culture that such a film has, but we also feel strongly that it is not the government’s role to micromanage the reputation of the nation. The ban on this film is far more shameful for India, as it undermines its democracy, and the freedoms inherent in it.

6. Prioritize allocation of resources to develop and implement strategies for primary prevention of rape (i.e., gender equity education in schools, at home, in the community, norm of respect of rights).

In addition to strengthening law and order to clamp down on sexual crimes against women, as a leader, you have the power and unique opportunity to influence mindsets—such as patriarchal privilege that value the male child more than the female, that believe that the victim is at least partially if not fully to be blamed in incidents of rape—that are contrary to empowering women. We applaud your recent public expressions of concerns over such crimes, and implore you to make it a cornerstone of your office and your legacy.

During that speech at Madison Square Gardens, you had also assured us, “I will do nothing to make you feel ashamed.” We rest our trust in the integrity of your promise.

Please support this petition with your signature here.