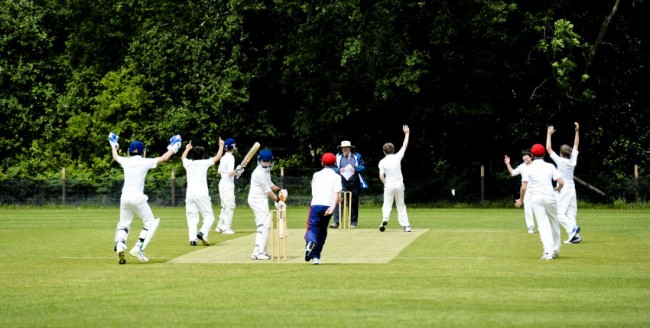 The second most popular sport in the world is trying to get a foothold in the United States. The potential is huge, and it is clearly demonstrated by setting up of an Americas division by International Cricket Council. Recently, for the first time, we witnessed the Indian cricket team playing a set of two 20-20 games in Florida against the West Indies. Though all the efforts are towards promoting the game, it will flourish only if the interest can be generated at the grass roots level, with Elementary and Middle school students. With that as the backdrop, the foundation was set for Atlanta Youth Cricket League (AYCL).

AYCL is a non-profit volunteer run organization focused on bringing cricket to the youth of Metro Atlanta. AYCL started the Fall season on September 7th 2016 in the Forsyth County GA, targeted for kids in the age group of 6 years to 14 years. AYCL’s objective for this season is to get kids together, have them learn the game and try to have some fun. The program will run on Wednesday evening in Sawnee Mountain Park and on Sunday Morning in Joint Venture Park.

The program will be run under the supervision of coaches who are certified as Level 2 and Level 1 by Cricket Australia. The focus is not only on the cricketing skills but also physical fitness, mental fitness, team work. The objective is not only to create skilled cricketers but also boys and girls with a community service attitude.

AYCL’s vision is to make cricket the fastest growing sport in Metro Atlanta. The future plans include creation of an indoor facility for playing and practicing cricket, so that the game will go on even during the winter months. Next year the plan is to start a youth cricket league which will be competitive in nature and enable development of future cricket players and community leaders.

There is also a concentrated effort to start clubs in the elementary and middle schools, which is being done by AYCL’s partner VIVE Cricket. VIVE Cricket is a non-profit organization which was started by Sidd Gupta who is a student in the South Forsyth Middle School. His vision is to enable every elementary and middle school in the Metro Atlanta region to have a cricket club. Vive cricket had their first success by getting an approval from South Forsyth Middle School to start a cricket club. Within a week of announcement, they got registration from more than 25 students who are interested in learning and playing the game of cricket.

AYCL and VIVE cricket presented their proposal to the Forsyth County Parks and Recreation Board on August 5th 2016 and it was approved 4-0 by the board. The county officials were very supportive of the idea and with their support it is definitely possible to achieve the high growth in cricket playing kids across the Metro Atlanta Region.

For more details on the program, volunteer opportunities or to make a contribution please visit www.aycl.org or call 678 568 6661