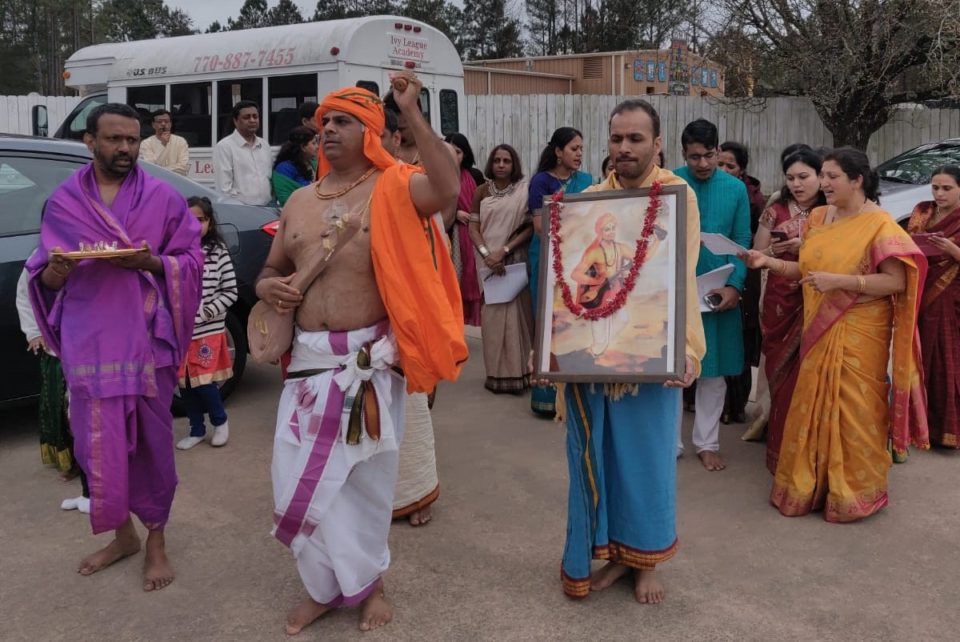 A separate concert of Gujar was held February 10 at Duluth High School as a fundraiser for RAMA.

Saint Purandara Dasa, a disciple of the celebrated Madhwa philosopher, Saint Vyasatirtha was a composer, singer and one of the chief founding proponents of the South Indian classical music. Aaradhane is a religious-devotional observation, held annually, to remember and honor the departure of saintly people from this world. Purandara Dasara Aaradhane is held on a new moon day, generally in February-March. Musicians and art aficionados in the state of Karnataka and many art and religious centers around the world observe this occasion in religious and musical fervor. His compositions are sung by established and upcoming artists on this day.

As a part of their tribute to Purandara daasaru, devotees performed Madhukara Vrutti (Uncha Vrutti), where haridaasas go from door to door asking for alms, singing the glories of God and dancing without any inhibitions. Literally translating to job of a honeybee, Madhukara Vrutti is a tradition that haridaasas adopt, like a honeybee that collects madhu (honey) from different flowers, the daasas put together people in loksangraha to enlighten people, also known as Yaayivaara.

Madhukara Vrutti involved devotees singing and dancing with the violin, Mridangam accompaniments, ending with devotees offering bhikshe (offerings) such as rice, dals, pulses, chickpeas, jaggery, dry coconut, fruits, ghee, dry fruits, cash and check to a devotee who had dressed up as Purandara daasaru. Bhiksha was then offered to Lord Narayana as a HarivaaNa sewa.