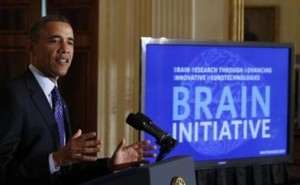 Washington, June 9 (IANS) If the US National Institutes of Health has its way, there would be some extensive research on brain on an unprecedented scale in the next 10 years.

A working group of the US National Institutes of Health (NIH) has presented a 10-year plan for the agency’s portion of a major neuroscience initiative announced last year by President Barack Obama.

The blueprint provides substantive specifics for the NIH’s contribution to the Brain Research through Advancing Innovative Neurotechnologies (BRAIN) initiative.

The document lays out seven priority research areas and goals, including identifying all cell types in the brain, developing technologies to watch the brain in action, and creating systems to make sense of the immense amount of data that will be generated.

According to Partha Mitra, a neuroscientist at Cold Spring Harbor Laboratory in New York, the report highlights many directions rather than working toward a single, defined endpoint.

“There is clearly recognition that this is not the Human Genome Project,” he said.

The project will also focus heavily on the development of technologies for observing and manipulating the brain.

The total 2014 budget for the BRAIN project is $110 million, of which the NIH received $40 million with the rest going to the National Science Foundation and the Defence Advanced Research Projects Agency, said a report in the journal Nature.

Living with dignity: Old-age homes choice of the elderly