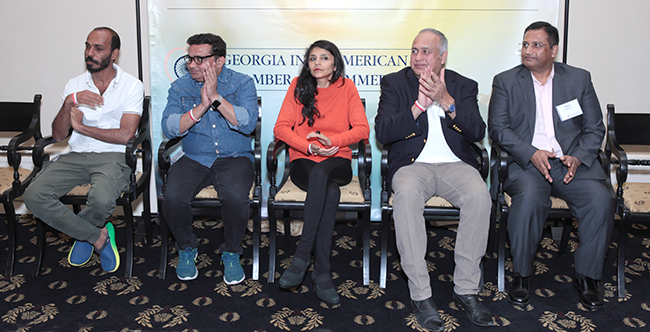 Atlanta, GA, June 7, 2018: Producers, directors and members of the Indian film fraternity glittered at the Atlanta Indian Film Festival (AIFF2018) hosted by the Georgia Indo-American Chamber of Commerce (GIACC), in collaboration with the New York Indian Film Festival (NYIFF), Atlanta Film Festival, India China and America (ICA) Institute and the Consulate General of India in Atlanta on May 11-12, 2018 at the Historic Academy of Medicine at Georgia Tech. The festival featured five movies ranging in genres and themes.

A FilmL.A report ranks Georgia as the top location for feature film production, making it the number one filming location in the world. Backed with Georgia’s booming film and production industry, coupled with the growing Indian diaspora and sustained efforts of the GIACC, the AIFF2018 presented an opportunity to collaborate with one of the leading film festivals in Atlanta and the Indian movie industry, the largest in the world. The event opened doors for Indian film industry to explore the vast talent, production, studios and filming opportunities that Georgia has to offer.

In tune with its mission, AIFF2018 screened movies featuring myriad characters and subject matters including a floundering comedian who fails to see the funny side when her best friend gets a promotion in Tara Versus, the trials and tribunals of a nude model in an art school in Nude, a bald man’s journey of self-discovery in his search for a trophy wife in Ondu Motteya Kathe, a homebuyer’s secret revelation in House for Sale, An unexpected love story in the life of a girl with cerebral palsy in Margarita with a Straw. Panel discussions were held with the directors, producers and some of the lead actors after the showings.

“One of GIACC’s goals this year is to connect Bollywood and the larger Indian Film fraternity to Georgia Film, Music & Digital Entertainment group to avail of tax credits (up to 30%), world class studio and hi-tech post-production facilities,” elaborated Mishra. “The idea also was to bring in producers and directors to Atlanta and showcase all that Georgia has to offer in terms of movie making. They were taken on guided tours to Pinewood Studios, The third Rail studios and some important landmarks in and around Atlanta to consider, for future movie shoots.” 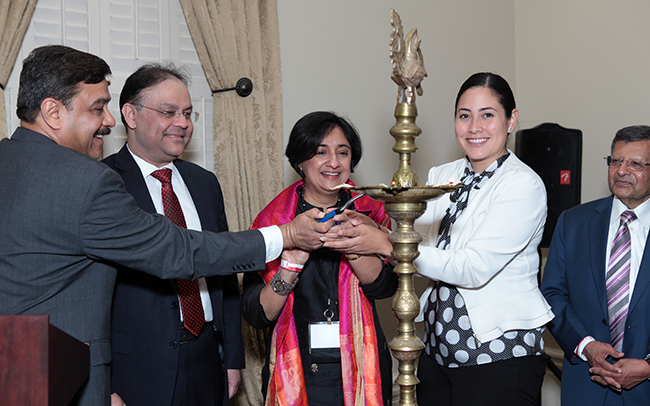 The two-day festival had Natarajan Ramji, who likes being known as the “Location Guru” for the Indian film industry from “Bollywood to Tollywood, gauging Georgia as an entertainment location. As chairman of the Chennai based Travel Masters India firm, he finds exotic locations around the world for film producers across India. Producers, directors, screen writers Ravi Jhadav, Eisha Marjara, Ravi Kashyap, and Raj Shetty fervently interacted with Atlanta city officials, Atlanta film representatives and attendees.

“With the right kind of connects, this is a tremendous, and yet untapped opportunity that could be a win-win for the Indian film industry as well as the state of Georgia,” said Mishra. Establishing connects with movie makers and location scouts with Georgia, familiarizing them with the state’s tax credits, and showcasing and educating about alternative Indian cinema reflective of the country’s progress in terms of content, technology, themes to Indian and American audience in Georgia were the biggest takeaways of the festivals, she added.

“GIACC aims to build on the strong response to the AIFF 2018 and work towards closer collaboration between Indian movie makers and Georgia Film authority thereby paving the way for big production houses to move to Georgia. It is a good beginning and this being the first of its kind, it has been a great learning experience for us. We hope to build on this and bring an ever better, bigger event next year, subject to, getting continuing support from the right kind of sponsors for the event,” concluded Mishra.

Georgia Film industry has shown tremendous growth potential since the last decade- from $240 million in 2007 to its current $9.5 billion. With lucrative tax benefits, state’s temperate climate, varied terrain for film shoots, from coastal areas to mountainous peaks within a few hours of drive and Hartsfield-Jackson Atlanta International Airport, being the busiest passenger airport in the world with direct non-stop connections for the cast and crew, the state certainly justifies its “Hollywood of the South” title. We can hope that GIACC’s strategy to focus on the sectors with maximum growth potential, such as the TV/Movie Industry and the resulting Film festival is noteworthy effort paves way for big production houses to move to Georgia. 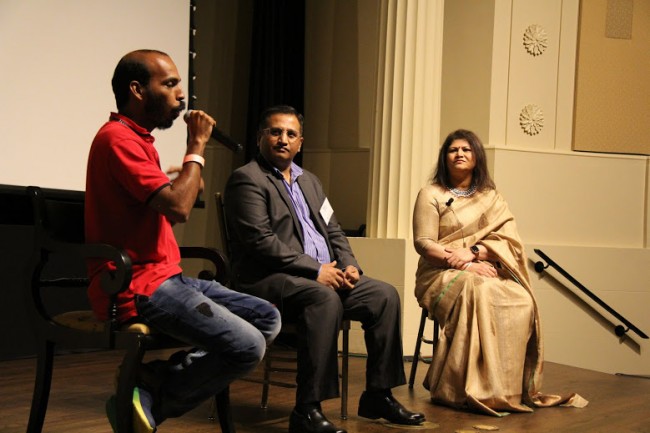 A productive way for high school students to spend their summer

Couple sentenced in Atlanta for laundering $500,000 on behalf of India-based phone scammers